Former straweight champion Carla Esparza pulled off an exception performance with a dominant second round stoppage victory over top contender Yan Xiaonan in the Co-Main event of the UFC Fight Night 188 on Saturday night.

Esparza (18-6 MMA, 9-4 UFC) dominated the fight from the opening bell, scoring a takedown early in the first and kept Xiaonan on the canvas, mounted top position and executed a ground and pound till the end of the round. The fight was way beyond Xiaonan, that before the bell, her fore head had split open.

Xioanan, who entered the fight with a six fight unbeaten streak since she joined the promotion, saw it snapped by Esparza, who is now on a five fight winning streak of her own with notable victories over Virna Jandiroba, Alexa Grasso, Michelle Waterson, Marina Rodriguez, and now Xiaonan.

Esparza has now cemented her name as the top contender in the division and having already had a win over the champion Rose Namajunas, wasted no time in calling out the champion.

“I want a chance to fight for that title,” Esparza said. “I think that’s an intriguing fight. It’s a fight that everyone wants to see. Come on Dana, let’s make it happen.” 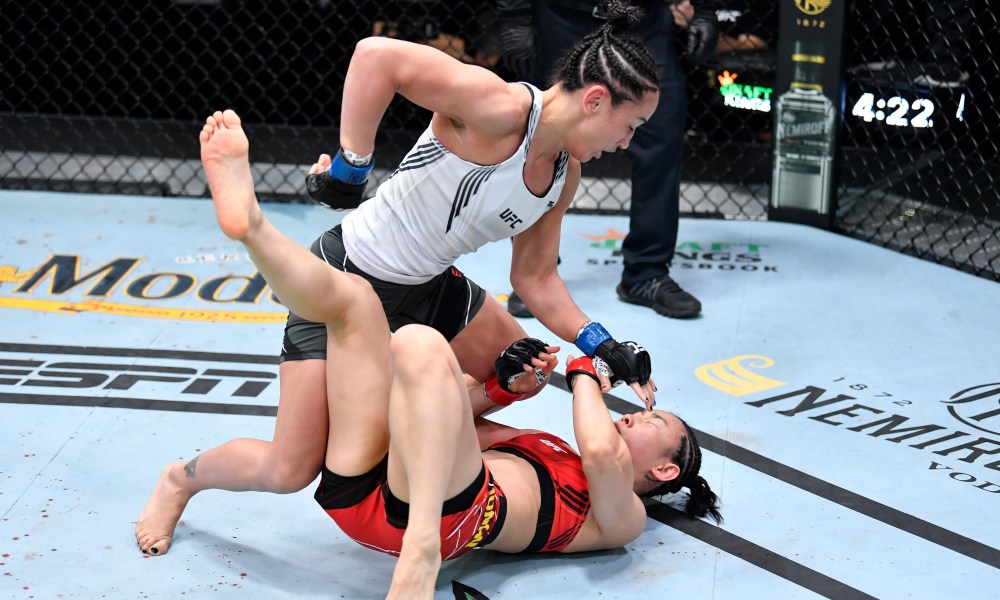