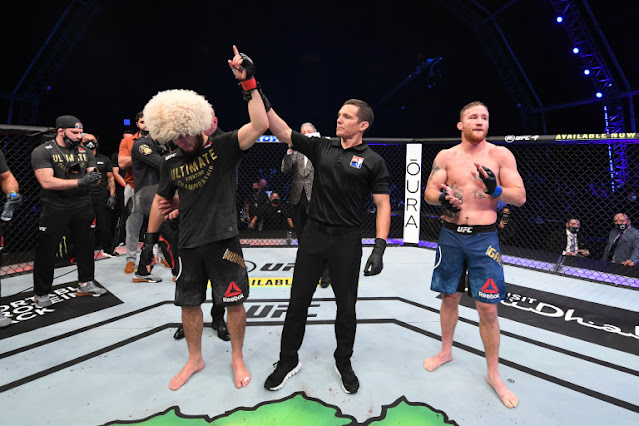 Khabib Nurmagomedov did a good job, successfully defending the UFC Lightweight title with a second round submission victory over Justin Gaethje at UFC 254 but that wasn’t all, as he broke down in tears, laid down his gloves and announced his retirement from the Sport.

Khabib was sure, this was going to be his first and  last time, walking into the Octagon without his father, whom he lost few months back due to COVID 19 complications. However, a technical Submission was enough to leave with an unblemished record, 29 wins out of we 29 fights.

“Today I want to say it was my last fight. No way I’m gonna come here without my father,” Nurmagomedov said. “It was first time after what happened with my father. When UFC called me with Justin, I talked with my mother three days. She don’t (want me) to go fight without father, but I promised her it’s gonna be my last fight. And if I give my word, I have to follow this.”

The highly anticipated fight between Khabib Nurmagomedov and Justin Gaethje took place at the Flash Forum in Abu Dhabi, UAE and was the headlining bout of UFC 254. The former two time champion already got things going early in the fight, picking a very low stance to fend off tack down attemps from the defending champion.
Landing some of his trademark low kicks, Gaethje (22-3 MMA, 5-3 UFC)  had even defended a takedown from Nurmagomedov but just a another blast from him drew a big reaction from the Crowd and the painfull from the Champion, the fight began its ending sequence.
Khabib scored a takedown, while receiving another kick from Gaethje, immediately turning it to a triangle chock. Gaethje tapped but the referee missed his tap, so he slept.
If Khabib retires and stays retired, he will be leaving with 13 straight UFC wins, which is three short of Anderson Silva’s record (16). This was his 11th career submission, which adds to his eight Knockouts and 10 Decisions.
Justin Gaethje went into the fight with four straight wins but ended up adding his third professional career loss to his records and all those losses came by finishing.
Khabib Nurmagomedov Vs Justin Gaethje 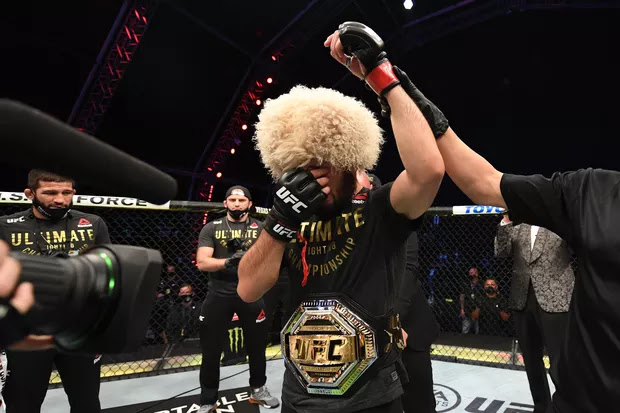 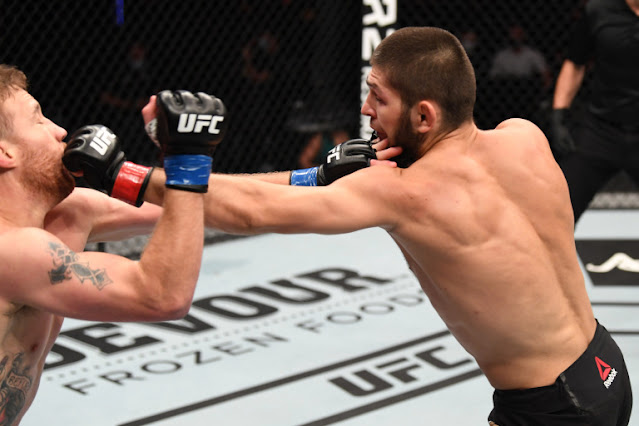 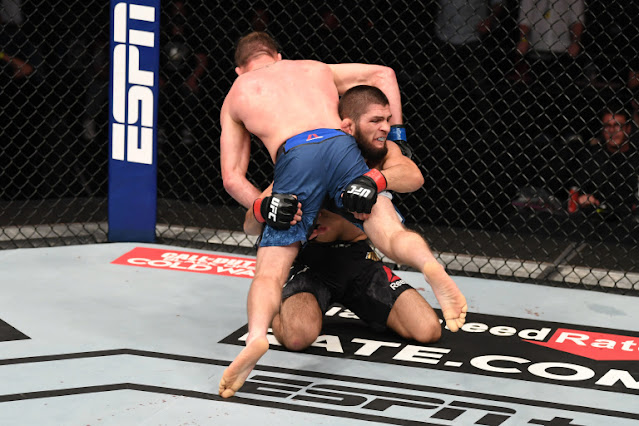 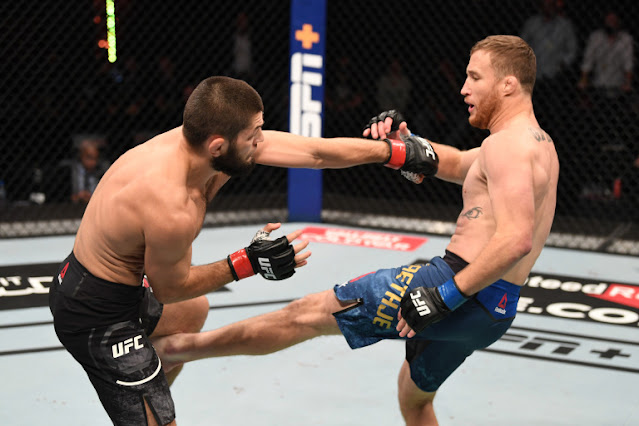