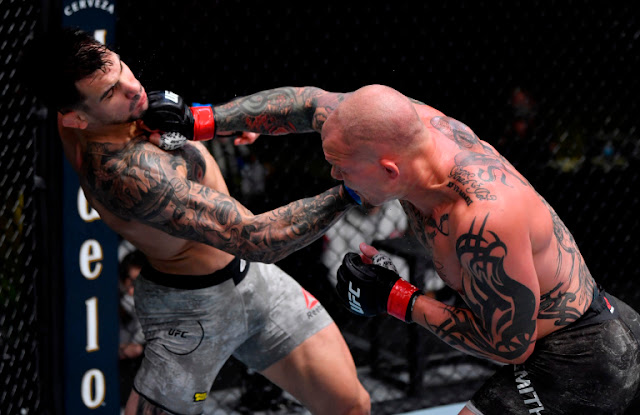 Aleksandar Rakic has forged his way back in the UFC Light Heavyweight weight mix with a dominant loop sided unanimous decision victory over former title contender Anthony Smith in UFC On ESPN+ 33 main event, which took place at the UFC Apex on Saturday night. The Event Aired live on ESPN And ESPN+.

“I’m happy with my performance against a veteran and former title challenger,” Rakic said after the fight. “Everybody underestimates my wrestling and my grappling. … The focus was a lot of pressure, make damage on the ground, (and) control.”

Rakic started the fight with leg kicks but immediately got replies from smith, however, this only made him increase his intensity with intentions of kick Smith off his feet, a little over a minute into the round.

Rakic started the second round with another series of leg kicks, targeting Smith’s injured leg, Smith connected a big right hand before being dragged to the canvas and left there dominated till the end of the round.

Rakic’s game plan of leg kicks continued in the third round, before sending Smith back to the canvas, decorating him with Knees, elbows and blows till the final horn. 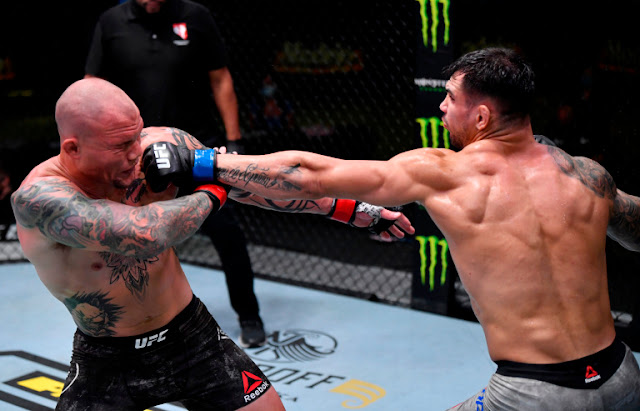 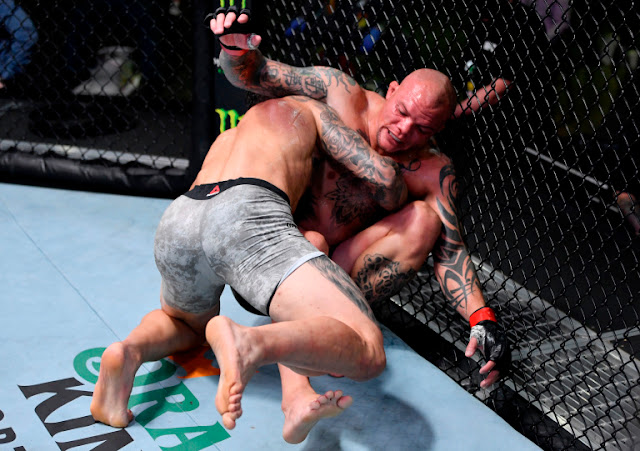 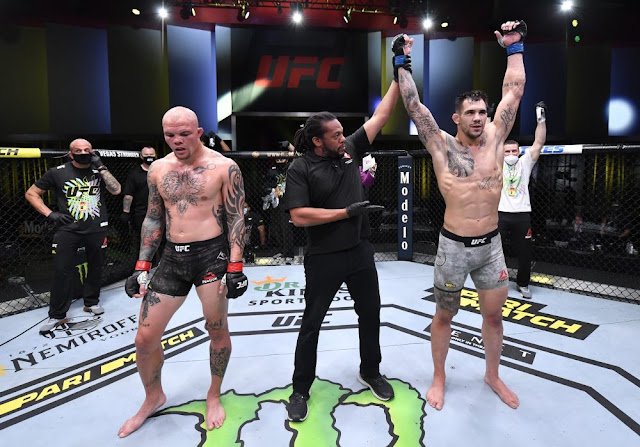