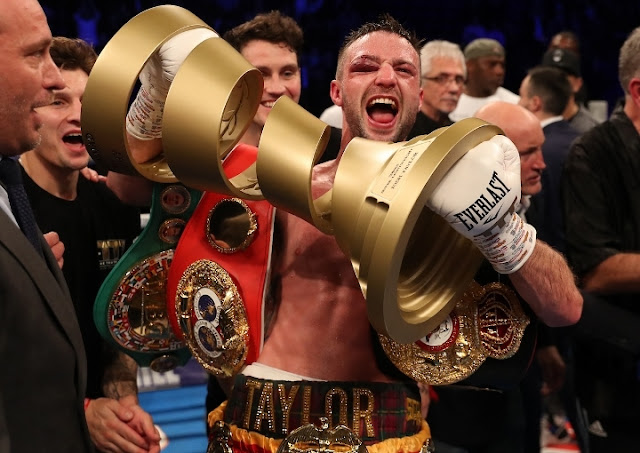 IBF /WBA junior welterweight champion Josh Taylor will defend his belts against Apinun Khongsong in his first fight since inking his signature with MTK Global and Top Rank, which takes place on Saturday September 26 at the BT Studio, Live on ESPN+In the US and BT Sports in the UK.

Josh will be making his first appearance since defeating Regis Progrias in the WBSS final taking the Ali Trophy and adding the Junior welterweight Ring Magazine and IBF junior welterweight titles to his WBA version last year in the UK.

The undefeated Scottish champion (Taylor (16-0, 12 KOs)) won his first title when he defeated Ivan Baranchyk with a unanimous decision during the WBSS tournament to win the WBA title.

Khongsong (16-0, 13 KOs) has knocked out his last six opponents, which also include his former world title challenger Akihiro Kondo. The Thai Boxer made his way to the Mandatory spot by winning the IBF Pan Pacific and IBF Asia titles.

Taylor expressed happiness to be back in the ring after the Corona Virus layoff but admitted thing aren’t fully normal. He also claims to have a view of Khongsong’s strengths and weaknesses and will capitalise on that when they both collide in a month’s time.

“I’m excited to be back in the ring after a long layoff. The coronavirus had put everything on hold for a few months, so it’s been nice to be in the gym again and back to some normality.
“I didn’t want a warm-up fight, so getting straight back in there against my mandatory challenger is great, as it’s kept me fully focused. I want big fights in my career, so this is an important fight with my belts on the line.

“Training has been going well and I’m feeling fit and strong. I’ve watched a fair bit of my opponent and I’ve seen his strengths and weaknesses, and I’m very confident going into this fight. I can’t wait.”