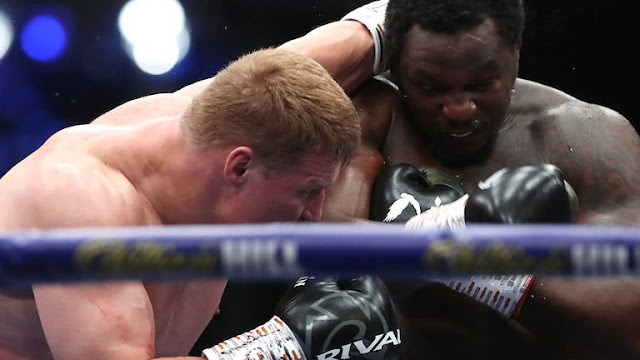 Dillian Whyte’s World title hopes on February 2021 got knocked out Cold with him by Former WBA Heavyweight world champion Alexander Povetkin in the fifth round of their fight on Saturday night.

Povetkin, a 2004 Olympic Gold Medalist took home the WBC heavyweight Interim title and the WBC Diamond Belt with the victory and could inherit the opportunity to face WBC heavyweight Champ Tyson Fury for the WBC Heavyweight Title in Future.

The WBC had planned enforcing Dillian Whyte’s WBC title shot after almost a thousand day wait but that has now gone with the surpricing or better still “Stunning” comeback Victory by Povetkin.

Whyte was out looking for his 12th consecutive victory when an unexpected uppercut in the fifth round increased his long wait for a first ever world title and indirectly clears one part of the way of the possible unification clash between IBF IBO WBA WBO heavyweight champion Anthony Joshua and his WBC counterpart Tyson Fury. 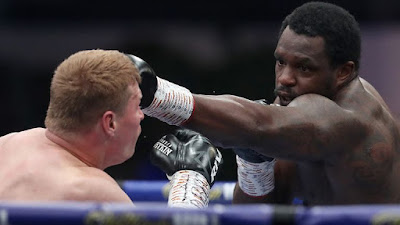 Whyte started out cautiously fighting behind his Jab, perhaps taking into account the way Povetkin began against Joshua but soon adjusted and started connecting some hard body shots in the second round leaving the Russians corner worried after Povetkin got rocked with a hard shot.

The fight gradually grew in Dillian Whyte‘s favour and completly in his favour in the fourth, when he dropped Povetkin twice first with a left hook and later with a crunching upper cut.

Despite his dominance, the fight ended suddenly in the fifth round after Povetkin connected an out of this world uppercut on the Brit, sending him to the canvas and the Referee immediately ended the fight. 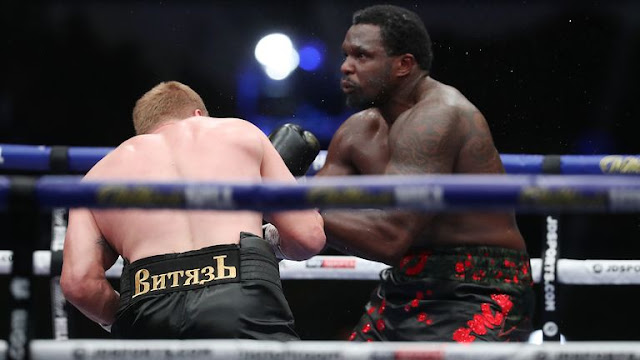 […] was forced to withdraw from his bout with Otto Wallin, which was scheduled for October 30th. Whyte reclaimed the Interim Heavyweight title with a fourth round knockout victory over Former Heavy… back in […]