Robert Whittaker Focused On Crushing Darren Till At Fight Island 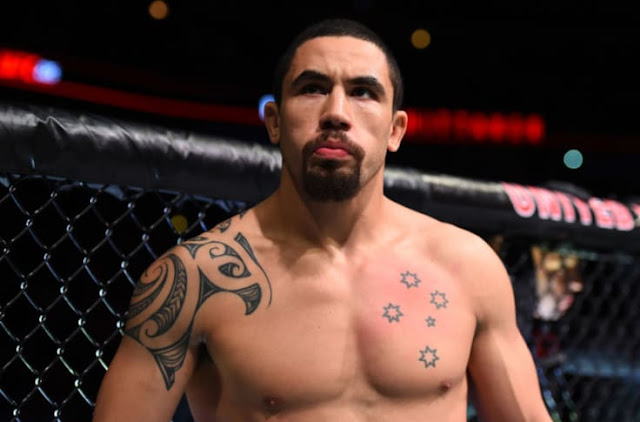 Former UFC middleweight champion Robert Whittaker has welcomed Darren Till’s sense of humour on social media and maintains, he is cool with the Brit but intends to crush the Him, when they meet at fight Island.

Whittaker (20-5 MMA, 11-3 UFC) will be making his first appearance since losing his Middleweight title to the reigning champion Isreal Adesanya back in October. Whittaker and Till will collide in the main event of the July 25th event at the Yas Island in Abu Dhabi.

After losing his belt to Adesanya, Whittaker took some time away from the Octagon and attributed his loss to “Suffering a burn out”, with a huge need to recharge. However, he is back now and full of confidence.

Whittaker doesn’t believe that his time away from the sport will affect his performance against Till and sees himself a more rounded fighter than Till (18-2-1 MMA, 6-2-1 UFC).

“I think he’s got a good skill set, but I think, honestly, I think I’m better across the board,” Whittaker told Submission Radio. “I also hope I can get him out of there very quickly. And it’s not gonna be due to a lack of trying, trust me. But I’m prepared to make it a slugfest. I’m prepared to make it hell. I’m going to go in there, and I’m gonna do my thing. And how it happens and how it works is, I’m gonna take the win where I see it.”

The two have had to deal with Darren Till’s memes on social media since the announcement of the fight and now, with just a few weeks left to the fight, Whittaker has decided to bury the rift between them and focus on bring the MMA Community a great fight when they meet on the 25th.

“Before the fight was lined up it was cool to just josh back and forth, have a bit of fun with it, (and) try to make some interest for the fight,” Whittaker said. “But once we kind of knew we were fighting, I don’t really care what sort of person he is. It’s just one of those things where all I’m focusing on now is just focusing on crushing him.

“Let me just say, I have no friends in the middleweight division. I can’t be friends with anybody I could be fighting. So, let’s just clear that up. And two, mate, we’re in the fight game. It’s cool to be lined up with a guy that isn’t acting like a Gronk, but at the end of the day, he’s coming to take what’s mine, and I’m coming to take what’s his, and that’s the game we’re in. That’s the fight game; that’s the fight world.”

Robert Whittaker Vs Darren Till