Skip to content
HomeSports NewsWarren – Tyson Fury Has Deontay Wilder’s Number, But He Is Confident

Warren – Tyson Fury Has Deontay Wilder’s Number, But He Is Confident 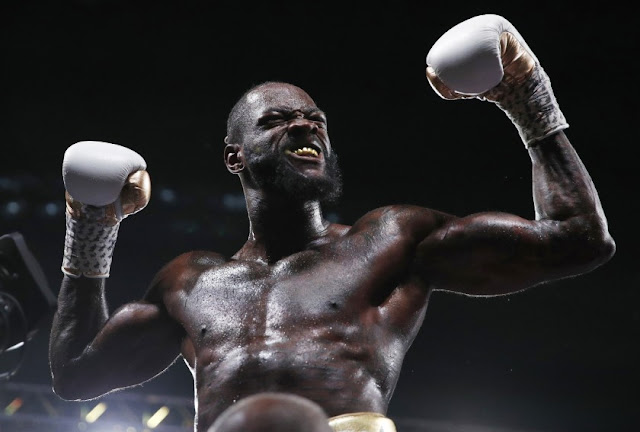 Tyson Fury’s promoter Frank Warren is presently not overlooking the challenge that former WBC heavyweight champion Deontay Wilder will be bringing to the ring, when he faces the “Gypsy King” in their trilogy fight later this year.

The Tyson Fury and Deontay Wilder fought to a controversial split draw in their first meeting back in December 2018. Each fighter had their high’s and low’s as Fury outboxed Wilder for majority of the rounds while the “Bronze Bomber” connected some brutal shots and dropping Fury twice in the ninth and the final round respectively.

In their rematch, Fury dominated Wilder, dropping him twice en route to a seventh round stoppage victory, there by snatching away the WBC heavyweight title, which he held since 2017 and had defended 10 times.

Wilder had since triggered the optional rematch clause , which directly places them on a collision course slated for the coming months. Warren however believes that Tyson Fury defeated Wilder in the first two meetings and would easily defeat him in their third meeting.

“I think Tyson has got Deontay’s number,” said Warren to Sky Sports. “I thought he won the first fight. Second fight he won it emphatically.
“I don’t know what Deontay can bring that’s any different from the previous two fights. He feels that he can. I know speaking to Shelly Finkel his manager, he’s very, very confident. He believes he’s got the beating of Tyson. That remains to be seen.”

The trilogy fight was initially thought to be heading to either Europe or Middle east but presently the venue for the fight is in the USA due to the Corona Virus pandemic and travel and gathering restrictions in other locations.

Warren also claims there hasn’t been any concrete plans for the fight and all that makes the fight something is just the contract and that has to happen for both heavyweights to move ahead.

“At the moment, it’s contracted to take place in America, but it could take place anywhere at the moment, because obviously there are negotiations going on with various territories who may be interested in putting the fight on,” Warren said.
“As it stands right now, there is nothing set in stone. It’s all talk, that’s why I’ve not really been going too much into it. It’s pointless, until something is concrete and on the table, what’s the point of commenting on something?
“All we know is what the contract says, the rematch has to happen, so that’s where we are. When and where it happens, it will be decided I think fairly soon, because the fight will have to happen some time this year, towards the end of the year.”