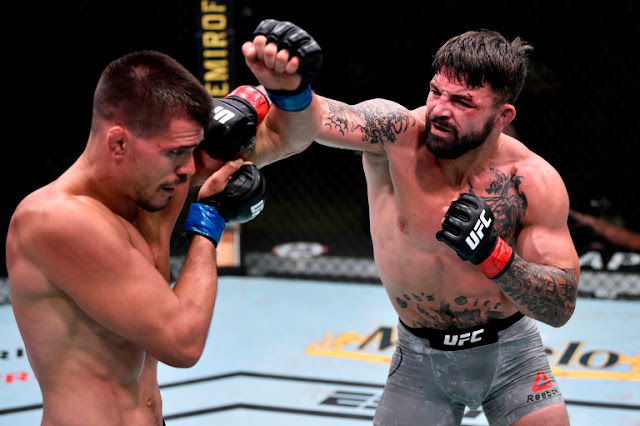 Mick Perry made his way back to the win Column with a unanimous decision victory over Mickey Gall at UFC On ESPN 12 Co-Main event on Saturday night at the Apex Center in Las Vegas. An event broadcasted Live on ESPN/ESPN+.

Perry entered the fight on the back of a controversy as he only wanted his girl friend in his corner instead of having coaches. However, he went ahead despite warnings from professionals and ended up with one of his best career performances.

The first round was the most close of all three rounds as both did well making exchanges on feet but Gall edged out the best despite Perry scoring a late takedown. It was pretty clear Gall had the better of the exchanges.

From that point on Perry took over the fight, walked down Gall and connected some really big shots in the second and third round, switching things up and scoring takedowns in the in the last two rounds and mounting top positions till the end of the fight. 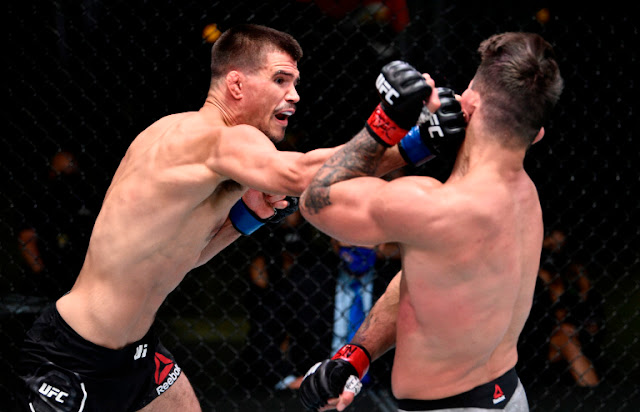 Perry with the Victory snapped a two fight losing skid that had many critics complain of his status. He also expressed in his post fight Interview that he will be heading to Florida to look for a suitable training camp to settle in order to make preparations for his future fights .

For Gall, it’s been a win lose alternation since 2017 and he was coming off a decision win against Salim Touahri back in August 2019.
Mike Perry Vs Mickey Gall