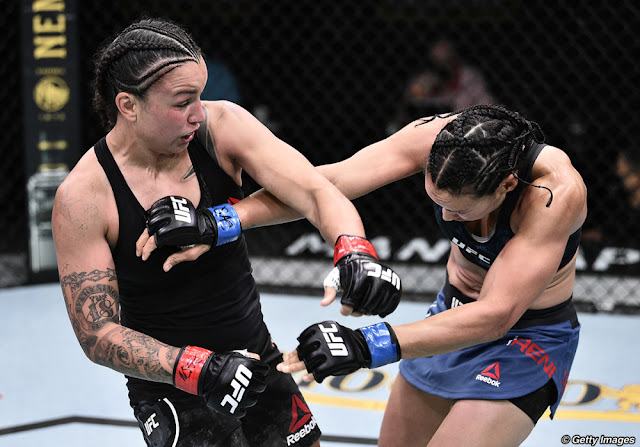 Raquel Pennington was out to prove a point point after a poor performance against Holly Holm in her last outing and that was all she did against Marion Reneau at UFC On ESPN 11 main card on Saturday night at the Apex Center.

Raquel Pennington went out connecting some seriously punishing punches to the head and body of Reneau over three rounds to earn a unanimous decision on the judge’s scorecards 30-27, 29-28 twice.

“There’s nothing I could do but smile,” she said after the fight.

The fight was mostly a pressure fight as both used the technique to practically weigh down one another, constantly switching positions.

Reneau kept the fight glued to the cage in the opening round, where she could constantly connect in the clinch while, Pennington was constantly searching for an opening to land her most effective strikes. Pennington finally finally found one and from then on fired Reneau’s head with shots using a Muay Thai clinch that enabled a her connect from the inside.
Other Results : Josh Emmett Edges Shane Burgos In Brutally Battle
Pennington made use of every opportunity to connect shots, coupled with knees to the head and body of Reneau from her Muay Thai clinch. By the third round, Reneau sort an escape and tried to go for a take down but that back fired as she met a continuous barrage of strikes while trying to escape the clinch.
Pennington tried to get the stoppage victory connecting knees and elbows on Reneau’s head and body, but she showed heart surviving to the final horn. 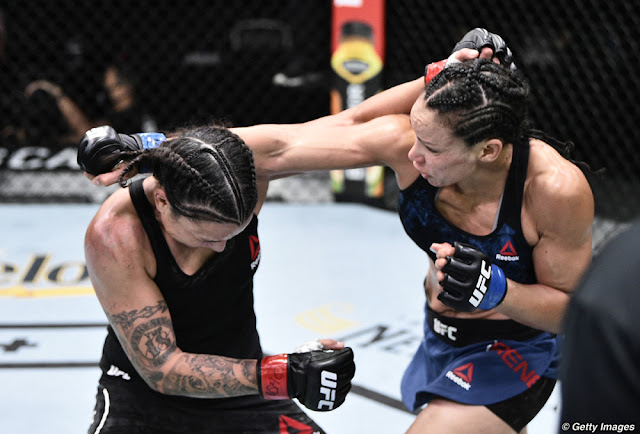 Pennington is now 2-1 in her last three outing