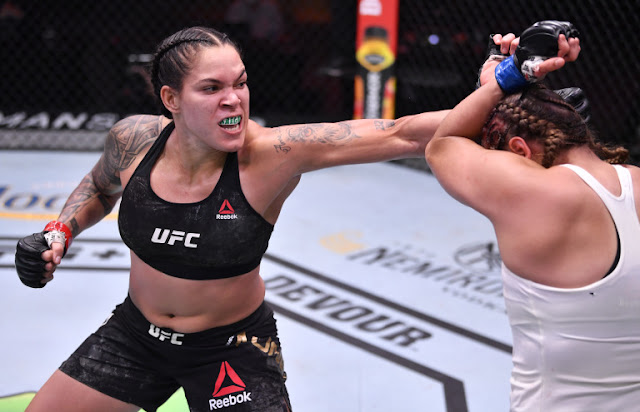 Reigning two division champions Amanda Nunes made history with a five round annihilation, beatdown and domination of Felicia Spencer in the main event of UFC 250, which took place on Saturday night at the Apex Center.

Nunes registered dominance from the opening horn down to the final horn of the fight. Spencer showed toughness and was able to survive to the final round but that was all on the table as Nunes was far above her class throughout the fight and won the decision on scorecards 50-44, 50-44 , 50-45.

Nunes’s dominance couldn’t be argued at this point as she kept landing Combinations, keeping Spencer on the back-foot. Spencer then went for a takedown but that was eventually maneovered by Nunes into a takedown of her own.

By the their round the fight was totally controlled by Nunes, who seemed most likely to ended the fight, when she pleased. Surprisingly, Nunes kept the fight on foot, landing at will as the fight looked more of a sparring than a contest. Towards the middle of the third, Nunes blasted the mouthpiece off Spencer with an over-right hand and in the final minutes, landed a brutal uppercut, complimented it with a series of let kicks that left Spencer limping to her corner.

Nunes began hunting Spencer’s legs with Kicks In the fourth, hunting her down as she went out for the finish. Towards the end of the round, Nunes put together a combinations and almost knock Spencer down to the canvas with them. A rear naked choke was attempted by Nunes but Spencer survived the round. However she went to her corner with hematomas swelling and blood streaked on her face. 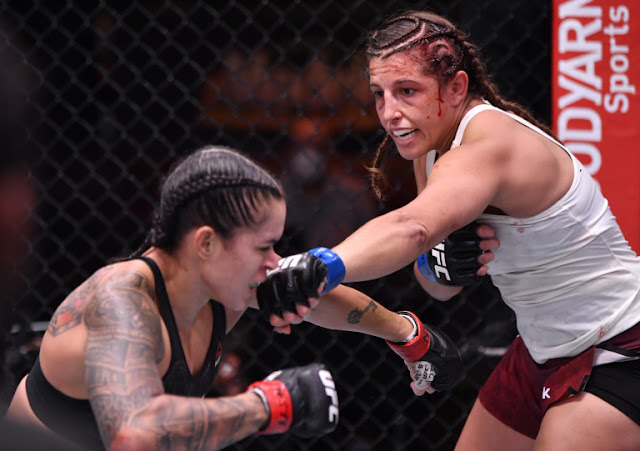 Nunes took the fight to the canvas in the fifth round, where she battered Spencer through to the final minute. The referee Herb Dean called for a timeout but the ring side doctor cleared Spencer to finish the fight. 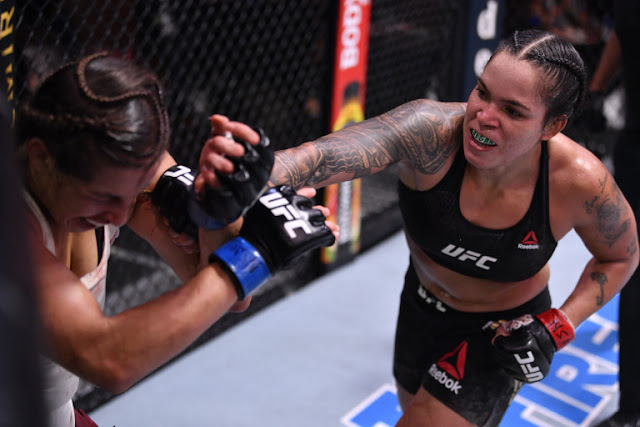 The win leaves Nunes unbeaten since 2014, a champion since 2016 , eleven consecutive victories and her fourth career decision. Spencer on the other hand is 1-2 in her last three outings. 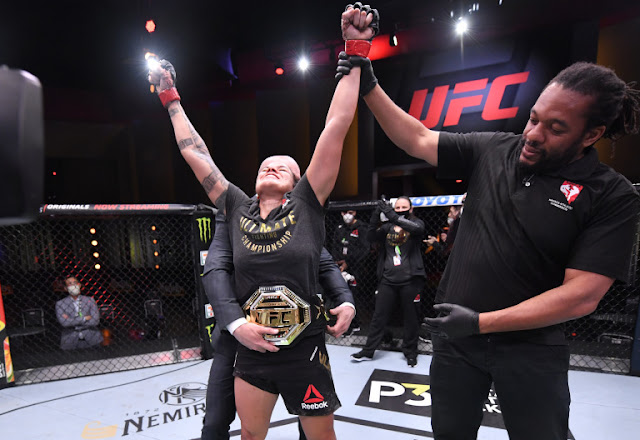 The UFC featherweight championship fight was the main-event of UFC 250 which followed the prelims on ESPN and early Prelims on ESPN+/UFC Fight Pass.
UFC 250