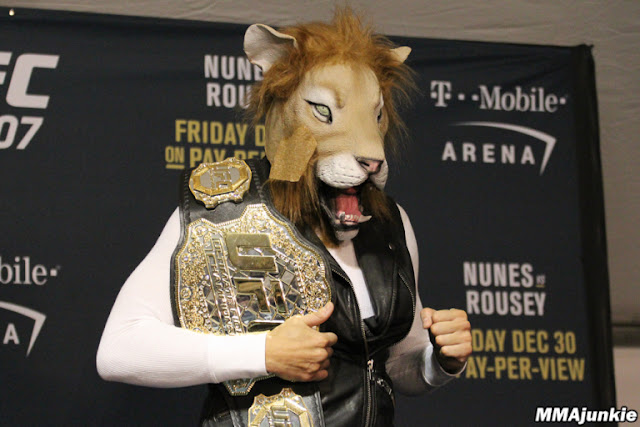 Reigning two weight UFC champion Amanda Nunes has been named the Greatest Of All Time by her upcoming opponent Felicia Spencer and despite having a humble personality, she seems comfortable with the tag at the moment.

Glancing back at her career, it’s unarguably true she deserves the accolades after successfully taking out the big names in multiple weight classes. Having dealt with critics and detractors in the build up to this stage of her career. It’s high time, someone begins to give her credit.

“Honestly, yeah, because I did it,” Nunes told MMA Junkie. “I did everything. I proved it already. I feel like I hear so many other things, too, and I’m OK about it – bad things. Not that I’m OK about it, but it is what it is. People say things, what am I going to do? Am I going to punch them? No. I have to listen and let it go. … So if you can handle that, when people talk sh-t about me, I’ll be able to handle anything else, you know? So when they tell me I’m the best and I’m the greatest, I think it, too. I am. I proved it.

“I beat all the good girls, the champions, the former champions. (Cris) Cyborg, everybody was terrified of her. She would beat everybody. Thirteen years without losing. Ronda Rousey. Holly Holm. All of the big names. Miesha Tate. Valentina Shevchenko. All of those girls are very tough girls. Those fights made me who I am today. Now, if I have to go through a war, I’m going to. That’s made me stronger. I am the ‘Lioness.’”

Nunes is presently at the peak of her career and is inevitably going to land in the UFC Hall Of Fame sometime in the future but for her this doesn’t end, never regretted her decision to fight and presently derives joy in doing what she does best “Fight”

“Honestly, I just want to keep doing this, keep fighting,” Nunes said. “I feel like this is my job and always was, from day 1 in my life. I love to do this. I don’t know what I would do without fighting. This is the thing that I like to do: training and fighting. This is what I like to get ready for when I wake up in the morning and do. I will be very sad one day, maybe when I retire, when I don’t wake up and go to the gym. Being able to go do something else, that is going to be very weird for me, because I’m going to do something else one day. I know that. But to think about it, that I’m going to wake up to go to the office and not the gym, that’s going to be weird for me.

“For now, I just want to keep doing this. Whatever life shows me, I want to see what it is. Now it’s Felicia Spencer and the first time defending the 145-pound belt, and after that, it’s probably going to be 135. There’s going to be new faces coming up. I can see what life is going to show to me.” 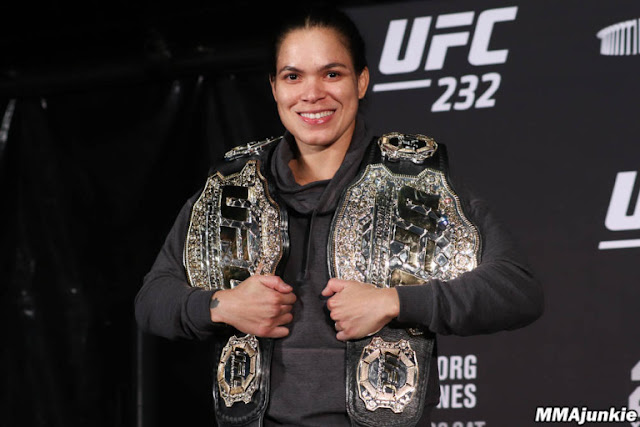 Nunes is heading into the fight against Spencer as a 6-1 favourite, which awards her about 86 percent probability of a victory, but Nunes isn’t overlooking Spencer. She pointed out what her opponent brings to the table . 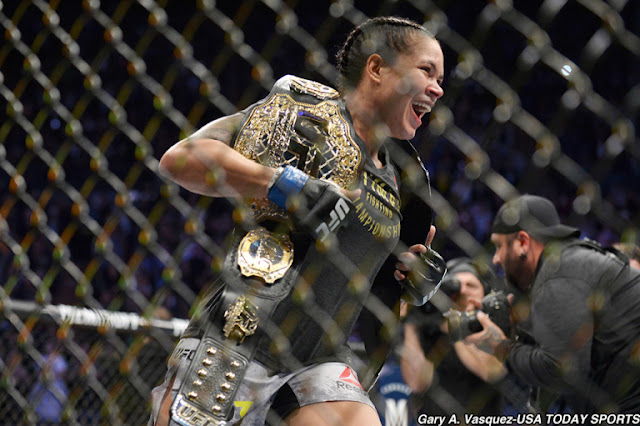