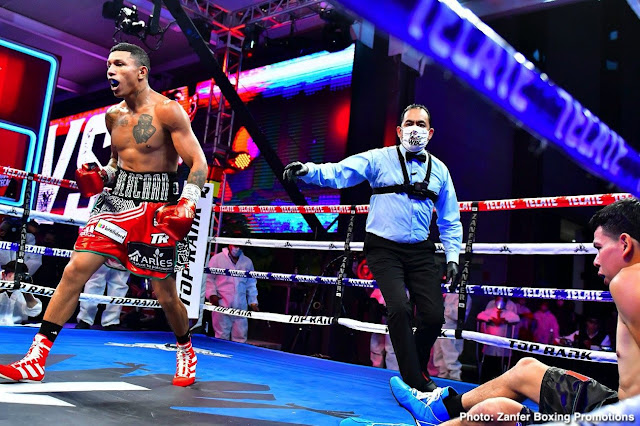 Long reigning Junior lightweight titlist Miguel Berchelt made a successful lightweight debut with a sixth round stoppage victory over Eleazar Valenzuela at a crowdless TV Azteca studio lot in Mexico City on Saturday evening. An event televised by ESPN.

Berchelt, who plans on moving back to his natural weight after his adventure at Lightweight, connected a series of unanswered right hooks and left hooks till the referee Cesar Castanon intervened at exactly 1:15 of the sixth round.

Berchelt started out slow working behind his Jab and was able to steal some good moments but was eventually made to pay. The bell was accidentally sounded with over a minute to go in the first round but both were able to fight through the error and Berchelt was able to still a big shot that floored Valenzuela before the bell was heard to end the round.

Berchelt immediately went back to work at the beginning of the second round, unloading left hooks and rights to the head and body of Valenzuela forcing him into defensive mode. Valenzuela lacked power and steam after the tables got turned. He connected an upper cut and a right hook that didn’t really have an impact on Berchelt. 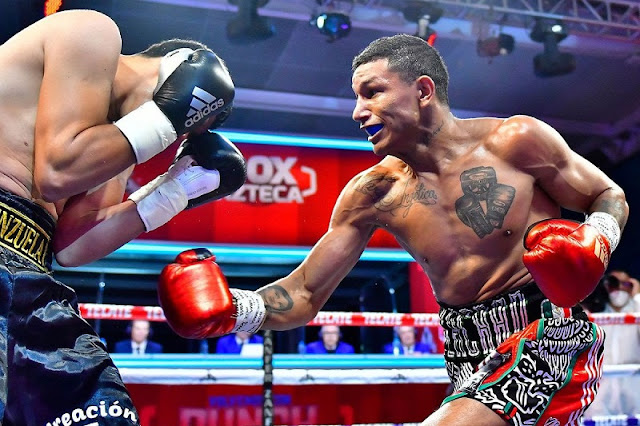 By early third round, Valenzuela has taken in 61% of the power punches sent his way by his fellow countryman and was desperately looking for a way to get some air. That he got, with a time out called because of his low blow. Valenzuela got some space for the first time in the round.

Berchelt continued his unslaught, attacking Valenzuela with body shots and doubling it with combinations to the head. Berchelt attacked Valenzuela consistently that he forgot to mind his guard and got hit with a big right close to the ear.

Berchelt controlled the six round just as the fifth and but was at intervals made to pay for not being careful about his defence. Berchelt closed the fight in the six round, connected a two rights on Valenzuela’s chin, leaving him dazed and dangling on the ropes. He connected four unanswered shots before the referee stepped in to intervene. 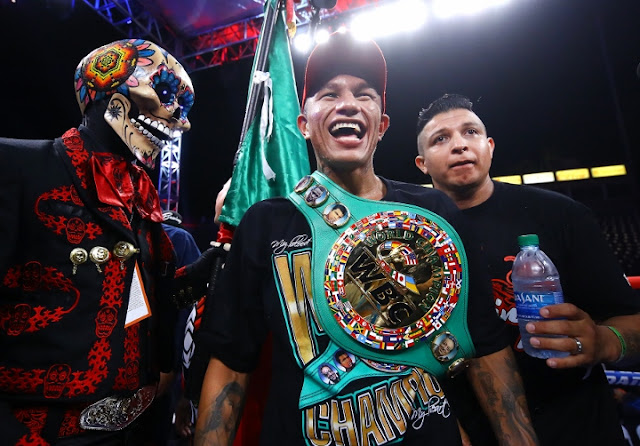 Valenzuela has now lost three out of four of his last outings and his record falls to 21-14-4 (16KOs) while Berchelt improved to 38-1 (34KOs) after winning his 17th straight victory , with all but one ending within the distance.