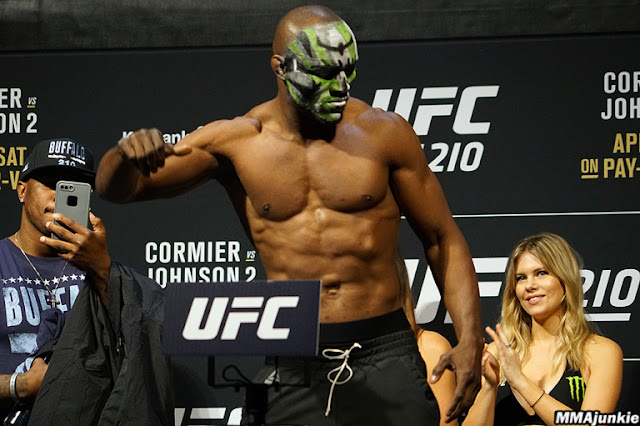 UFC welterweight champion Kamaru Usman has been going through a new kind of experience ahead of his title defence against friend and teammate Gilbert Burns, which will serve as the main event of UFC 251 on July 11 at Fight Island in Abu Dhabi.

Sanford MMA has been the home of the both Kamaru Usman and Gilbert Burns but that has now changed as Usman, has moved his camp from Florida to Denver and will train under the supervision of head coach Travor Wittman, 2ho trains former Strawweight champion Rose Namajunas and Interim Lightweight Champion Justin Gaethje.

Wittman will be heading the training camp , while Jorge Santiago and Usman’s brother Mohammed will be in Kamaru Usman’s corner for the fight.

Gilbert Burns will be training in Florida ahead of the title fight but head coach Henri Hooft will not be involved in the training of both fighters ahead of the anticipated fight.
Burns had never denied the love he has for Usman as they have both spent so many years together and that’s the weird thing about the fight especially his first shot at Championship. However, apart from the head coach stepping aside, he will still have his whole team in his corner.

“Our main coach, Henri Hooft – he stepped out,” Burns told ESPN. “He said, ‘I don’t want to go either way. I don’t want to pick a side. You guys train. I’ll be here at the gym. If you want to train here, we can train, but I’m not going to the fight.’

“I’m here with my whole team – everybody: all my coaches, all my training partners, my brother, Vicente Luque is coming to do my corner, and my coach from Brazil, Daniel, is coming, too. And I have Vagner Rocha, my main jiu-jitsu guy, here. For me, it doesn’t change much. It’s just a little weird to fight Kamaru because I really like the guy a lot. We’ve been training together since 2012 or 2013, so we’ve put a lot of time together.”