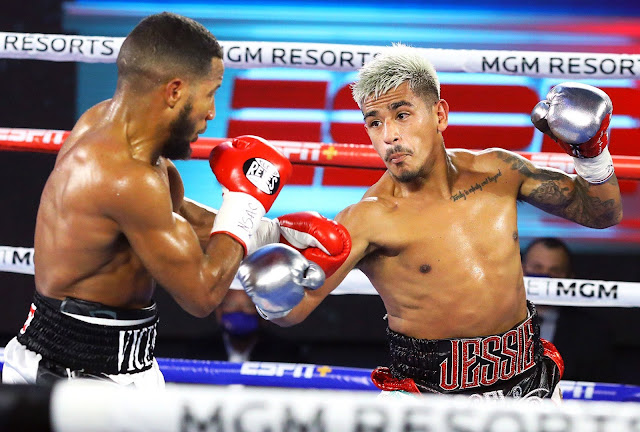 The No.1 122 pound contender scored knockdowns in the first and in the fifth round, while Vincete played to his advantage by losing four points before eventually getting stopped in exactly 2:38 of round 10.

Being the highest ranked WBC contender to the divisions title currently held by Gary Russell Jr., The statement wasn’t passed as expected but was enough to do the job, maintaining his position.

Magdaleno made clear his intentions from the opening bell, firing bombs at his Vincente, who was able to withstand the early unslaught but did that on the move and gave Magdaleno an advantage to set a trap, catching him with a combination that sent him scrambling to the canvas in the second minute of the first round.

Vincente responded in an introverted manner, going back to his shell in the second and third round of the fight and despite that kept coming forward but failed in letting his hands go, when he successfully breaks into Magdaleno’s defence. Magdaleno was content with that, working behind his Jab.