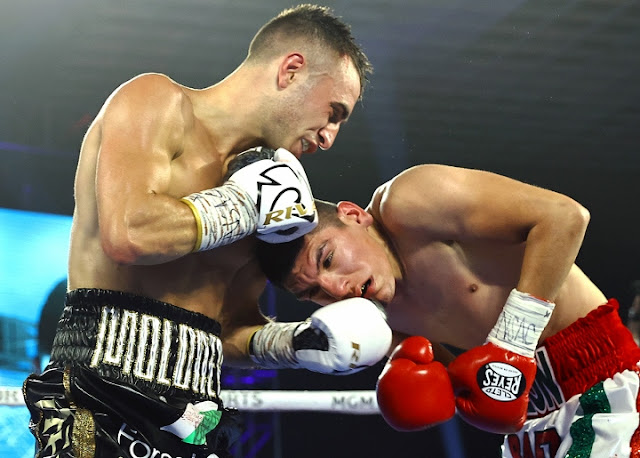 Jason Maloney bloodied and stopped Leonardo Baez in seven rounds to win the Bantamweight at the MGM Grand Conference Center on Wednesday night in Las Vegas.

The fight started out with Baez, choosing to be the aggressor and forcing out a strong Jab, while Maloney worked more on the counter and picked his shots carefully. The second round was more of a back and fourth battle as both went in the inside.

By the third round Baez got cut around the left eye while both got engaged in a close back and forth exchanges and after the seventh round the fight got stopped in Baez Corner after perceiving the fight going south for the Mexicali fighter.

The Australian prospect had two days earlier watched his twin brother Andrew Moloney get battered with significant facial damage in the same ring but he rose to the Occasion outworking Baez to earn a seventh round TKO victory at the MGM Grand Conference Center in Las Vegas.

The fight was stopped with Baez siting their fighter was finding it difficult to breathe and with the filact that the fight was growing one-sided with each passing round and after the fight, Jason was so happy he called his performance “The Best Performance” in his career.

“You don’t know, I just wanted this so bad,” Moloney told BoxingScene.com shortly after the win, coming 48 hours after his twin brother Andrew was rushed to the hospital following a 12-round loss to Joshua Franco. “This was the biggest opportunity of my career and I’m so happy now.
“This was the best performance of my career.” 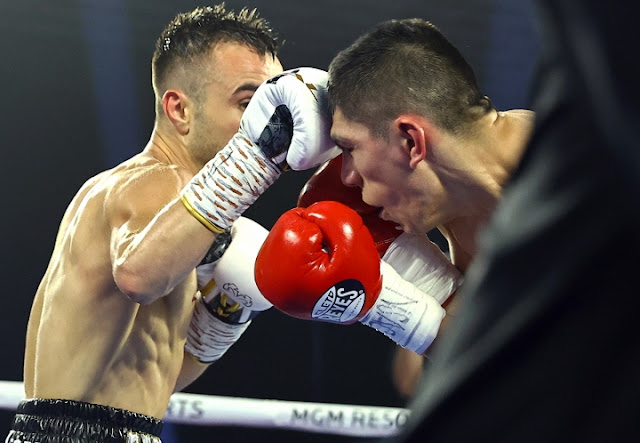 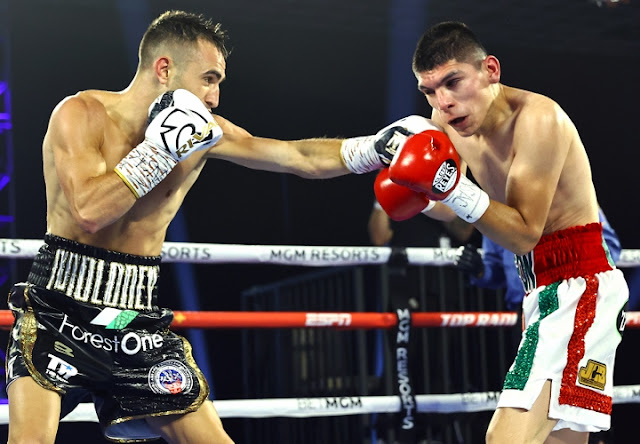 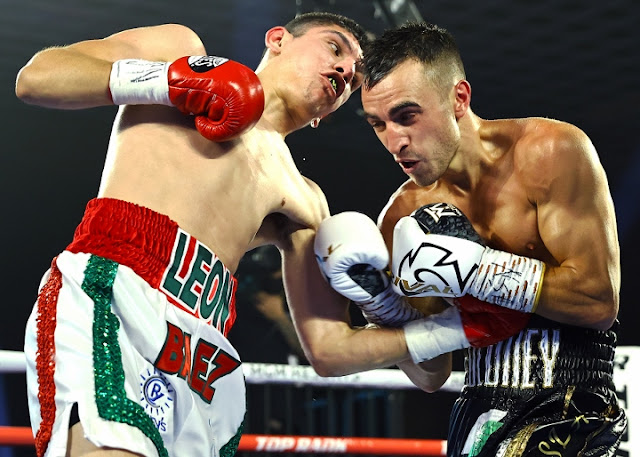 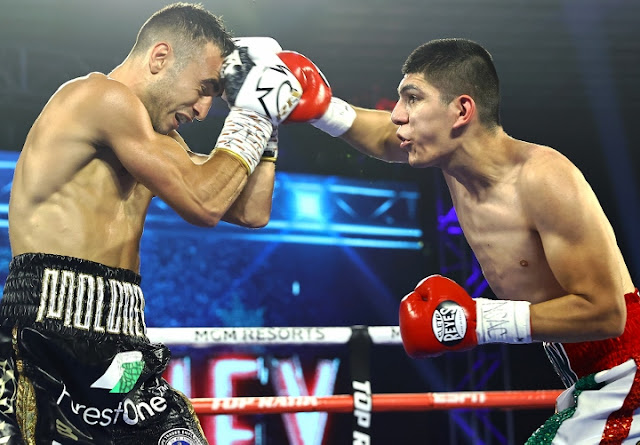 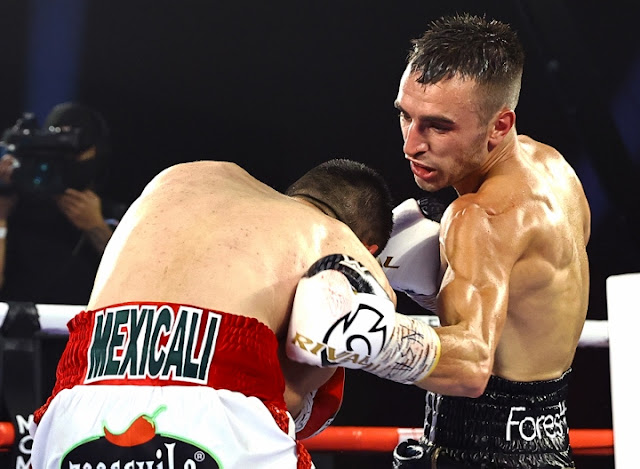 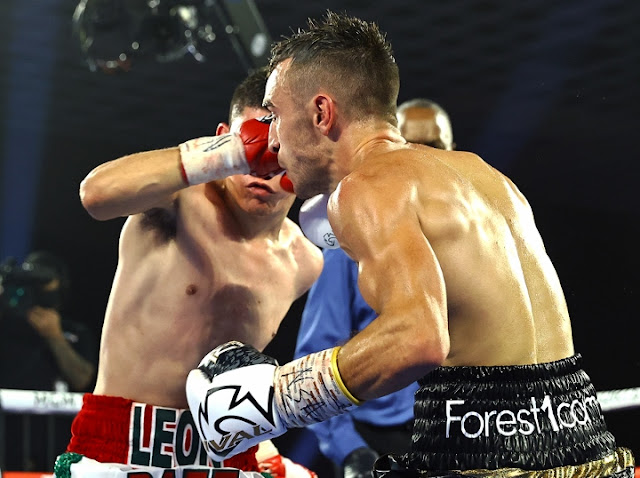 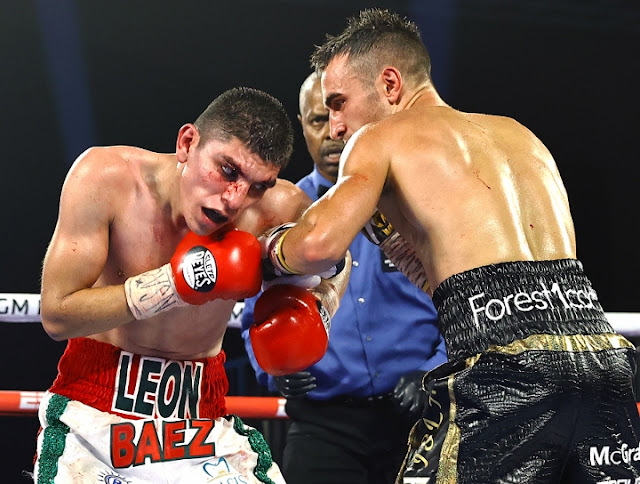 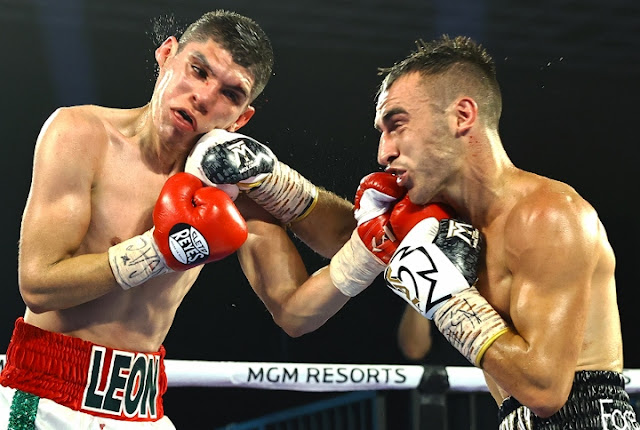 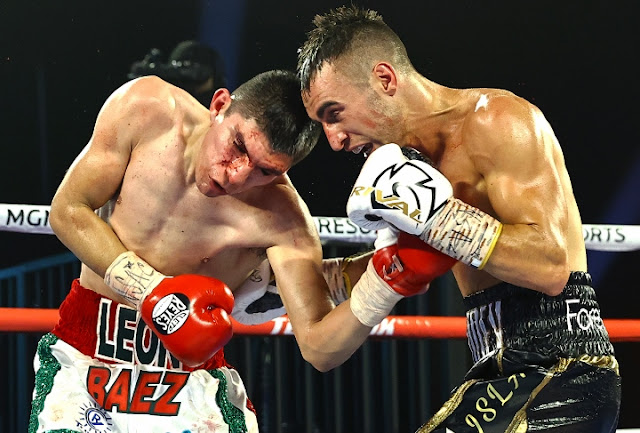 […] Moloney with the win improves to 22-2 (18 KOs) and bounces back from his loss to Japan’s Inoue. Before then Moloney had only lost to former IBF champ Emmanuel Rodriguez. […]