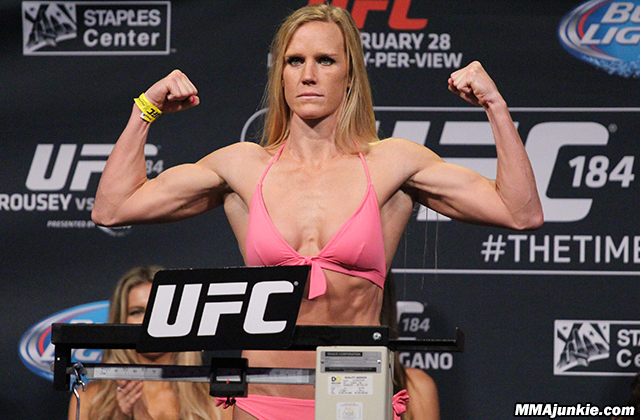 Top contender Holly Holm understands two division champion and future UFC Hall Of Famer Amanda Nunes has reasons to contemplate retirement but really hopes that she sticks around a little longer before hang up her gloves.

Amanda Nunes (20-4 MMA, 13-1 UFC) has gone through all barriers in her well decorated career, most recently defending her featherweight title to become the first UFC fighter to successfully defend two titles, while simultaneously holding on to both.

Riding in an eleven fight winning streak, Amanda Nunes has gone through divisional barriers defeating every foe, which also includes her victory over Holm back in July. Holm is presently fighting her way back to the title picture and hopes to one day get back in the octagon with Nunes before she retires.

Holly Holm got back to winning ways with a victory over Raquel Pennington in January and is expected to get back in the Octagon against Irene Aldana in a UFC Main event on August 1st.

Nunes who has defeated every champion and former champion in her ruthless quest has recently made mention of considering retirement and Holm understands exactly what the might motivate her but that doesn’t sit well with her.

“She’s kinda been pretty active and been on a roll,” Holm told MMA Junkie. “Obviously she’s run through everybody so sometimes maybe she feels a little satisfied so maybe she doesn’t feel that urge to want to keep on it but then again, you have a little bit of time in between fights and it’s like, ‘Ah no, I want to do it again,’ so I don’t know. We’ll see what she really does.

“I know she’s at a place where I don’t think anybody would blame her for walking away, but I don’t think she really wants to walk away. She might want to keep fighting. When you’re on top sometimes it’s hard to walk away from that so I think that’s gonna be however she feels. Life always is going on for everybody outside of the cage as well, so a lot of people are feeling certain things in their life. Wherever she wants to take her path, more power to her. But I hope she’s still there so I can get a rematch with her.” 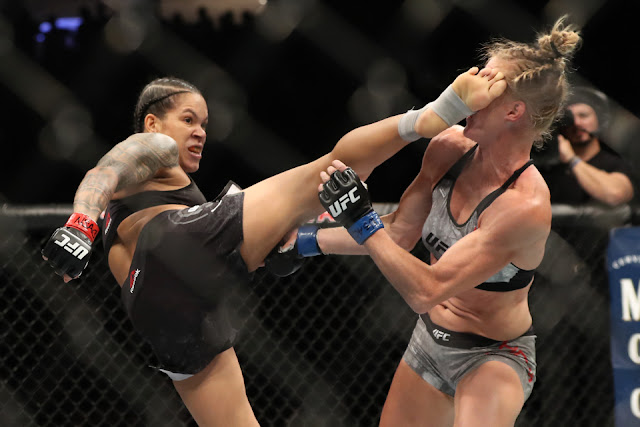