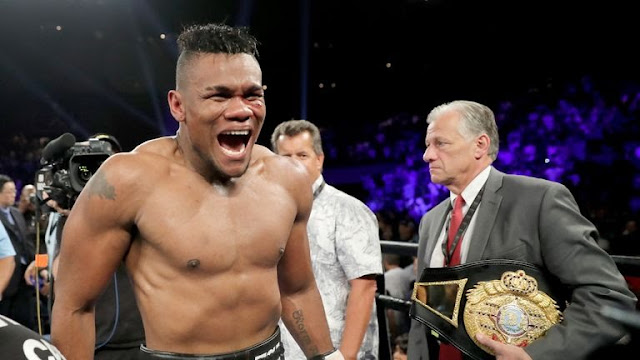 Former WBO Light Heavyweight Champion Eleider Alvarez has pulled out of the anticipated clash with Light heavyweight contender Joe Smith Jr. After picking up a shoulder injury during training.

The fight between the two contenders was supposed to be a 175 pound elimination fight, scheduled for July 16th in Las Vegas but the injury will be another lost Main Event for top rank and ESPN as the former WBO champion won’t be able to feature till sometime in August.

Smith isn’t expected to take in another opponent at the moment, leaving Bob Arum’s Top Rank and ESPN scrambling for a new main event for their July 11th date.

Alvarez withdrawal will mark the second straight Top Rank Main Event that was to be televised in July and a third time this July, that a main event has been cancelled due to COVID 19 or Injuries.

Two days ago, Jamel Hearing announced that he tested positive to COVID 19, hence the postponement of his Junior Light weight title defence against Puerto Rico’s Jonathan Oquendo (31-6, 19 KOs), which was scheduled for July 2nd.

The Hearing-Oquendo fight has now been replaced with Jose Pedraza-Mikkel LesPierre, which was also postponed five days earlier due to positive COVID 19 Result.

The winner of Eleider Alvarez Vs Joe Smith Jr. , which is a fight between the third and the fourth on the WBO rankings, will go on to fight for the WBO light heavyweight championship.