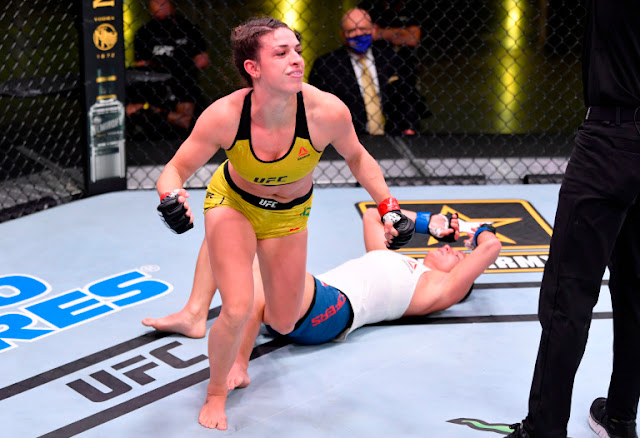 Mackenzie Dern made little work of fellow Strawweight contender Hannah Cifers but had to go through an aggressive and relentless attack in the early minutes of the fight to eventually win the fight in the opening bout of UFC On ESPN 9 Main Card, which took place on Saturday night at the Apex Center in Las Vegas. Aired on ESPN/ESPN+.

Cifers came out swinging after the opening bell, fired blows, elbows and knees, making the fight very dirty from the first second and thereby, taking Dern off her game. After a couple of strikes, She pushed Dern away and got back to the center, where she planned starting all over again. Dern landed a couple of right hands but that was all.
GET UPDATES ON YOUR FAVOURITE SPORTS

Cifers replied with a some shots that forced Dern to duck and take the fight to the canvas but that didn’t go so well as Cifers was able to role out and take the top for a brief period, after which Dern went for the legs and when she got it, forced Cifers to tap out.

Dern has now successfully gotten back to the win Column and she did it in style, recording the first ever leg submission of any kind in the UFC history. She came into the fight on the back of a loss to Amanda Ribas, the first setback of her pro career. 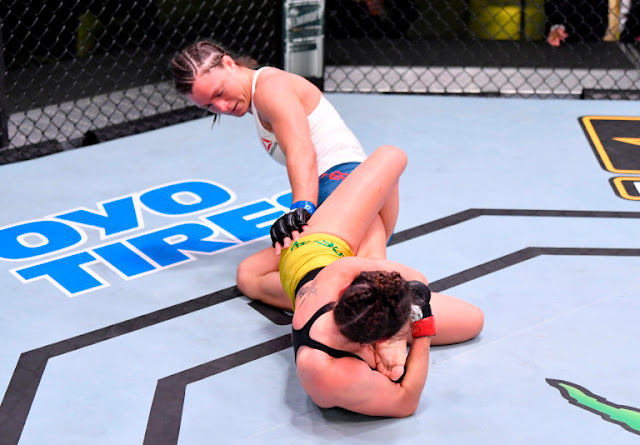