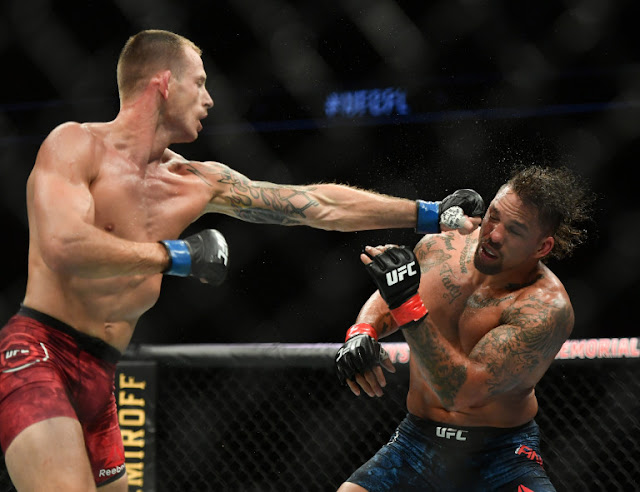 Polish middleweight Krzysztof Jotko was given a difficult experience by Eryk Anders and had to thwart a series of take down attempts, accumulating points from his striking from distance to earn a unanimous decision after three rounds at UFC on ESPN 8 on Saturday night at the the VyStar Veterans Memorial Arena, Jacksonville, Florida.

Anders had a lot of power behind his strikes and could have easily taken another route. However , he preferred pressing Jotko to the cage while he constantly searched for a takedown but with all his efforts, he just couldn’t take Jotko to the canvas as both jockeyed for position.

Speaking after the fight, Jotko expressed he  wasn’t really happy with the way the fight unfolded as his sole plan was to knock out Anders.

“Game plan was knock him out,” Jotko said after his hand was raised. “But he wants to cuddle with me, so I’m sorry.”

Jotko remained ahead of his opponent throughout the fight and made most of his opportunities to strike, cracking Anders up with a series of stiff combinations, coupled with speed and accuracy that eventually backs off Anders.

Anders was fighting off the clinch but Jotko was still able to fight him off from the inside out causing a ripple in his output as he was almost able to double the number of strikes from his opponent over three rounds. 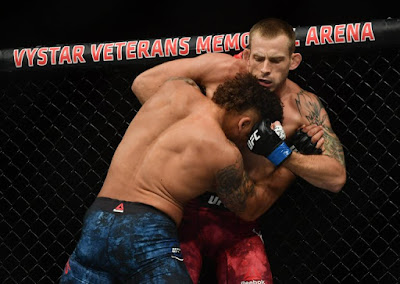 The unanimous decision victory for Jotko has him riding on a three fight winning streak after an awful 2017/2018 that saw him accumulate three straight loss.