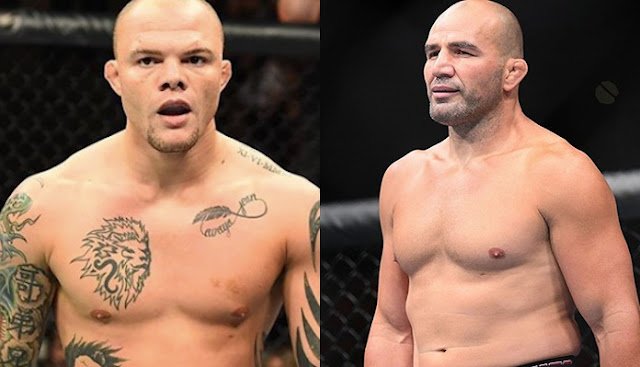 Teixeira (30-7 MMA, 13-5 UFC) , who presently rides on a three fight winning streak, is enjoying one of his best runs in years and views his fight against Anthony Smith as a must win as it serves as a requirement for achieving his title aspirations.

“This is a win I need,” Teixeira recently told MMA Junkie. “Beating Anthony Smith can put me within short striking distance of another title shot. I’ve been at this for a long time. I’ve corrected some of my errors. I’m ready to make another comeback. I never stop. Hopefully I’ll get another shot at the champion. It will probably still be Jon Jones. I still believe I can be the champion of my weight class. I’m running after my dreams.”

Teixeira, who is presently 40 will be facing an opponent with a significant age difference but that is a very large little problem for him as he has been anticipating a meeting with Smith since they both shared a card back Teixeira lost on that night to Corey Anderson while Smith won his with a stoppage over Mauricio Rua.

Teixeira also admitted to being motivated to train more when he watches Smith and has promised to drag the young fighter into deep waters when they meet.

“After I racked up three wins, we had a talk and he said it’d be an honor to face me,” Teixeira said. “It’s also an honor for me to fight this kid who’s beating everybody up. It motivates me to train hard and impose my game on fight night. I want do push him – drag him into deep waters.”

Gym owner Teixeira, has also had his own share of issues when speaking of the Corona Virus pandemic as he had to close down his gun and had very few coaches while training for his meeting with Smith on Wednesday.

“Unfortunately, there’s no way to fight without training,” Teixeira said. “It’s a risk we have to take. We’re taking all safety measures. I’m doing my physical conditioning at home. I’m confident everything will go well. My weight is on target. Training, in some ways, helps me take my mind off the coronavirus pandemic. Of course, I still try to help some people I know, who are going through a tough moment. I’m feeling confident about this fight. I’ll do what I have to do, crowd or no crowd.”

The UFC on ESPN+ 29 will take place on Wednesday night at VyStar Veterans Memorial Arena in Jacksonville, Fla.