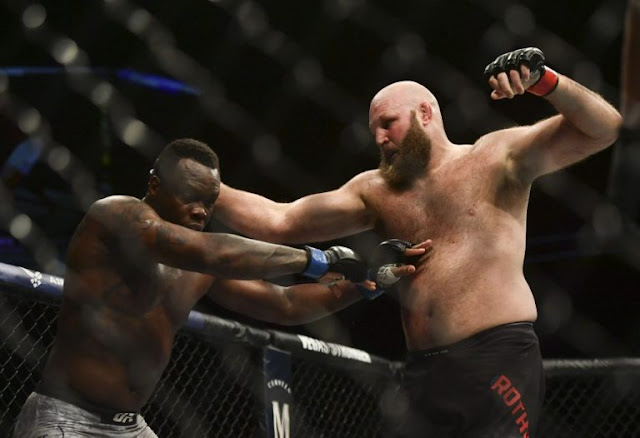 The Veteran Ben Rothwell (38-12 MMA, 8-6 UFC) was very tactical and used a well defined technique to gradually break down Ovince Saint Preux over three rounds to earn a unanimous decision with Scores 28-29, 29-28 and 29-28.

The first round was more of a feel out period for both fighters as Preux struggled to find his range, making use of his speed against a much bigger fighter but Rothwell got his game on early tagging the debutant with big shots while Saint Preux did really little offence over the first five minutes of the fight.

Rothwell continued with his technique of pressing forward in the fifth round, keeping Saint Preux close to the cage throughout, landing knees in the clinch while punches and kicks came in when in range. Saint Preux got his chances to land a couple of shots but all was taken well by Rothwell.