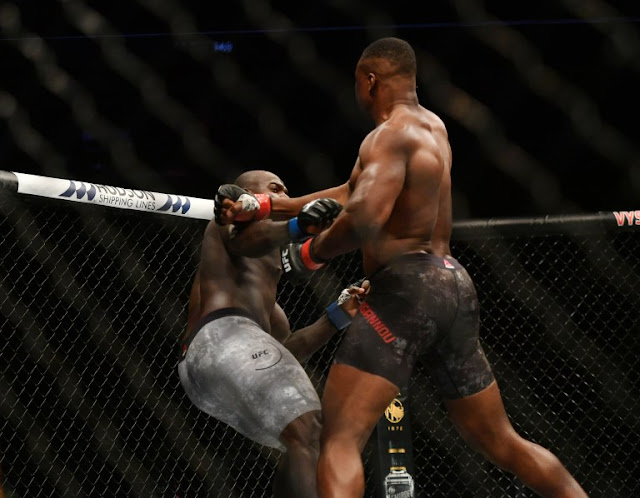 UFC Heavyweight Francis Ngannou made a big statement on Saturday night with a 20 second knockout victory over Jairzinho Rozenstruik on UFC 249 main card which took place at at VyStar Veterans Memorial Arena in Jacksonville, Fla.

Ngannou (15-3 MMA, 10-2 UFC) needed to remind everyone of how much unmatched power he presently possess and with a vicious Knockout win over Rozenstruik (10-1 MMA, 4-1 UFC), his message was no doubt sent. The fight was aired live on Pay-per-view following prelims on ESPN/ESPN+, following early Prelims on UFC Fight Pass/ESPN+.

The fight started out well for Rozenstruik, who connected a few good kicks on Ngannou, before the Cameroonian Kickstarted his unslaught, rushed Rozenstruik and both got involved in some serious exchange and few seconds into their exchange, Ngannou dropped Rozenstruik with a vicious right hand and followed it up with a ground and pound to end the fight.
Updates
On Your Favorites Sports

Ngannou was very vocal about his frustrations with the Heavyweight title situation after going 4-0, with all coming via first round stoppage. He has kept his unbeaten record since 2018, when he lost to Derrick Lewis.

The UFC heavyweight champion Stipe Miocic is presently on the sidelines and awaits a trilogy rematch with former champion Daniel Cormier. This leaves Ngannou with no hopes of a title fight in the nearest future.

Jairzinho Rozenstruik on the other hand, saw his four fight unbeaten run in the UFC end with the loss after impressively accumulating the record within a year pf joining the Promotion. 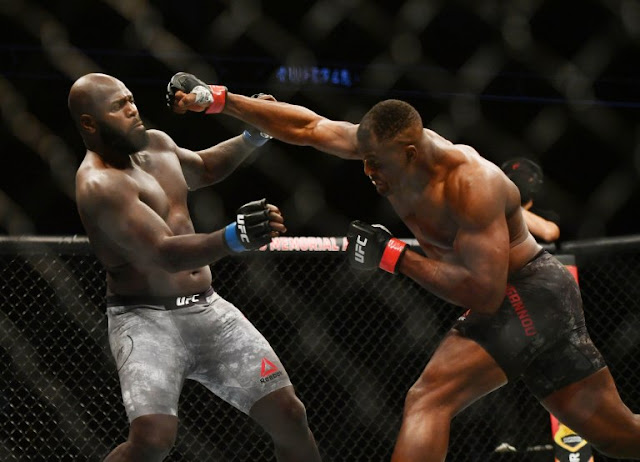 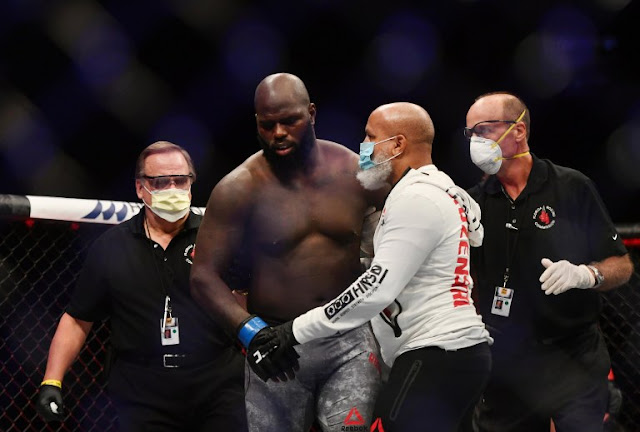 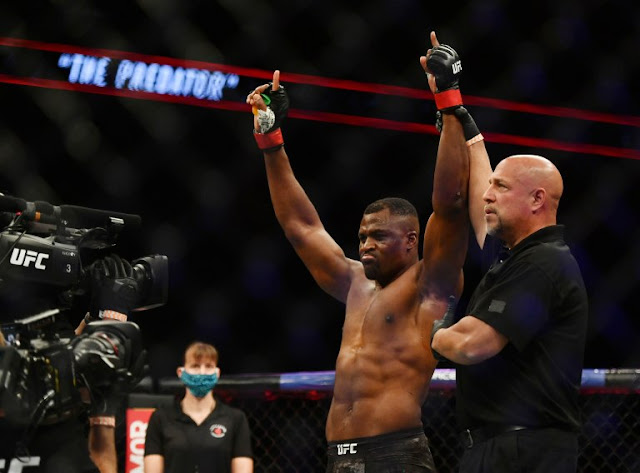 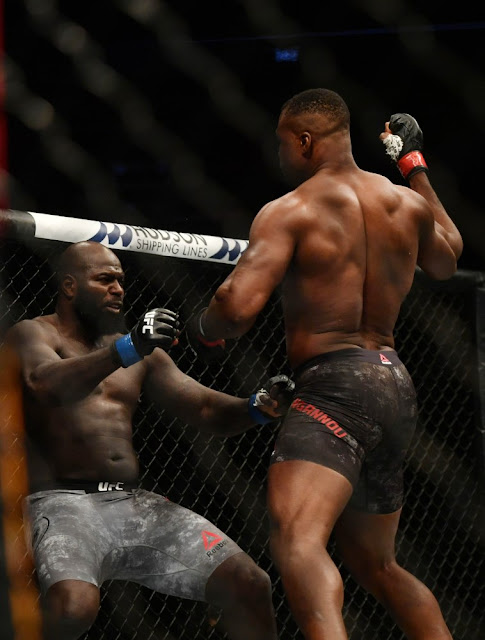 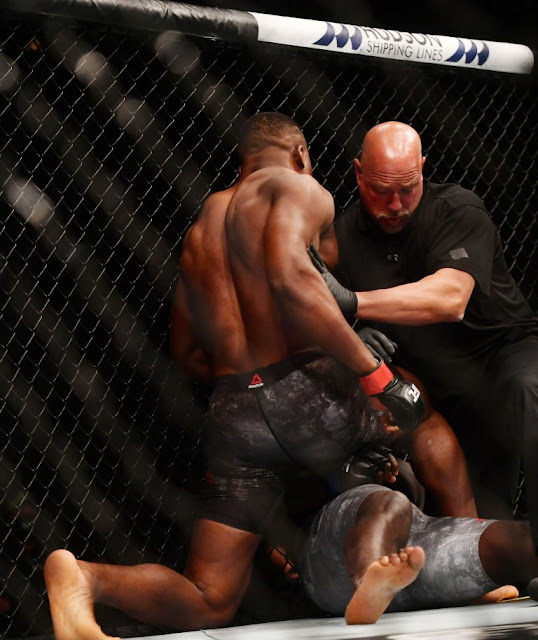 […] from France. He captured UFC gold with a stunning second round knockout of Stipe Miocic at UFC 260. Ngannou has since taken out top contenders with stoppage victories (KO/TKO) in a long list that incl…, dos Santos, Cain Velasquez and Curtis Blaydes. Ngannou is on a five fight winning […]