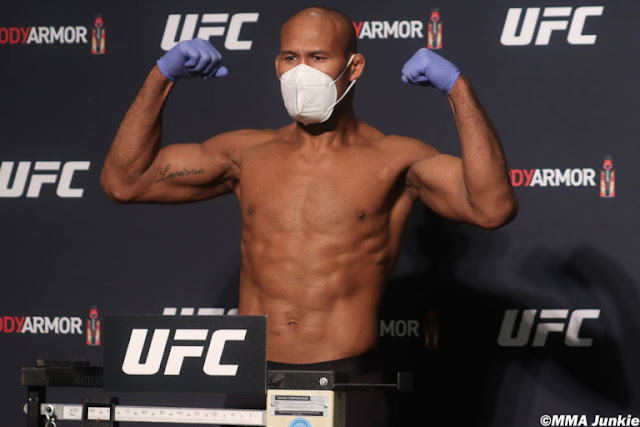 ↑ Grab this Headline Animator
UFC 249 will definitely be on the tongues of every critic after one of the fighters Jacare “Ronaldo” Souza tested positive to COVID 19, triggering the biggest fear surrounding the build up to the long awaited event.

Jacare “Ronaldo” Souza was to face Uriah Hall on UFC 249 undercard and was also part of the Weigh In and faceoff before his pre fight test returned a positive for COVID 19. The fight has now been pulled out if the fight card and but the event is still set to continue as planned.

The information which was first reported by ESPN was confirmed from a UFC official. Hunter Campbell, executive vice president and chief business officer of UFC told ESPN the promotion having an approval from the Florida State Athletic Commission to proceed with the event.

The UFC later released a statement confirming Souza’s corner men also tested positive to the virus and have all left the premises to self isolate after the test results were released. However, no other fighter has returned a positive test.

“UFC’s medical team examined Souza and his two cornermen and found them to be currently asymptomatic, or not exhibiting the common symptoms of COVID-19,” the statement read. “As per UFC’s health and safety protocols, all three men have left the host hotel and will be self-isolating off premises, where UFC’s medical team will monitor their conditions remotely and will provide assistance with any necessary treatment.”

Souza, who also resides in Florida , arrived Jacksonville on Wednesday and informed the Promotion, he was exposed to a family member who tested positive and was afterwards kept in Isolation.

However, a since deleted video uploaded by heavyweight Fabricio Werdum, showed the fighter exposed to a lot of people.
Souza (26-8 MMA, 9-5 UFC) and Hall (15-9 MMA, 8-7 UFC)  both wore mask during the face off, observing some serious social distancing and hand gloves during the face off. 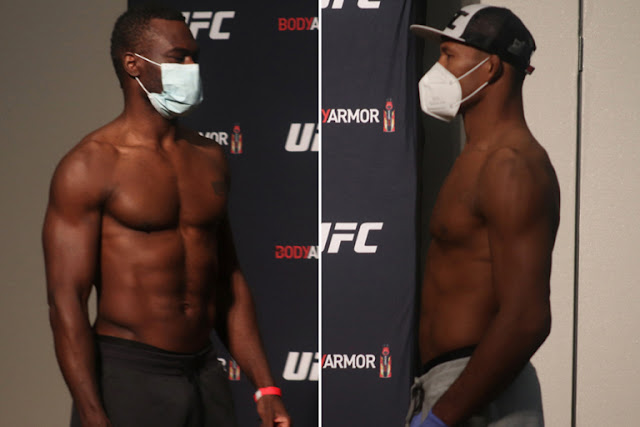