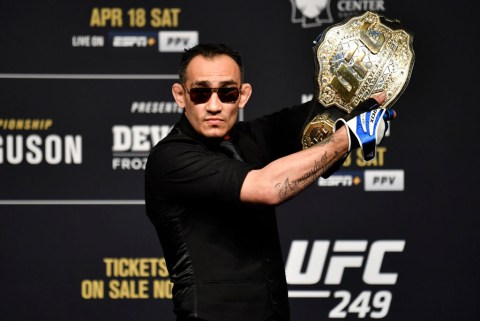 UFC 249 will definitely be hitting our screens or at least, this time looks more likely than the previous attemps. The promotion scaling through numerous huddles during the COVID 19 Pandemic, with the primary aim of bringing fights back to our screens.

The UFC , has had to shuffle their cards twice during this Pandemic period, losing their Initial plans for the main event, coupled with searching consistently for a suitable venue for the event after the pandemic forced the US into a total short-down situation.

Khabib Nurmagomedov was initially scheduled to defend his UFC lightweight title against former interim title holder Tony Ferguson but things fell apart due to the  COVID 19 Pandemic, ending with the eventual cancellation of the event.

The MMA promotion headed by Dana White went into an exploration phase when things got worst, with most cities in the US giving a stay at home order, coupled with travel restrictions.

During the whole restart phase, UFC 249 fight card was rearranged with more fights added to cover for the cancelled fights and an emergence of a mysterious fight Island, which was to give out fights after being forced by ESPN partners and Parent company Disney to shortdown plans of using Tachi Palace Hotel & Casino in Lemoore, California.

Justin Gaethje stepped in after Khabib Nurmagomedov pulled out of the fight and forced the Promotion into making the fight an interim title fight. Supporting the card is a compelling fight between two division champion Henry Cejudo and Dominick Cruz.