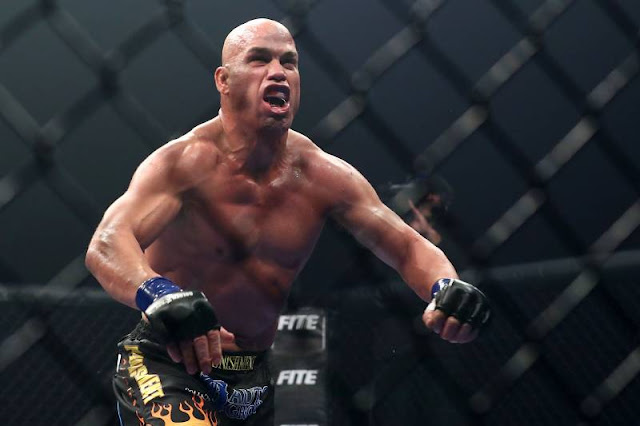 There has been a lot of vibe surrounding the return of two time undisputed heavyweight champion Mike Tyson and with that many have lined up as potential opponents for ones scary Knockout artist “Iron Mike” and among those is Tito Ortiz.

Ortiz has competed against many Combat Sports Legends in his Career but this will definitely be the biggest of them all as there isn’t any over the last two decades with the profile Tyson will be bringing to the ring.

Ortiz revealed in an interview with TMZ, he was recently been contacted with a proposal to face Mike Tyson in his return to the boxing ring but left out, who exactly contacted him for the fight.

“I got a phone call and someone started asking me, ‘What do you think about fighting Mike Tyson?’ I was like, ‘Really?’ This is an opportunity that I like. I’m in,’” Ortiz said.

However, Ortiz couldn’t give out clear details of the fight, saying the fight could either be an MMA or Boxing fight but expressed concerns about having the Athletic Commissions clear them for the fight.

“I’m not sure if it’s going to be MMA or boxing yet,” Ortiz said. “I haven’t even gotten that far. We both have got to be cleared by the athletic commissions. That’s the biggest thing. Either one. I’ve been boxing for 20 years. My boxing skills have gotten better and better. They may not be at the same level as Tyson, but has Tyson been punched in the face in the last 15 years? No he hasn’t. I have been. I’ve been able to subdue everyone I’ve competed against over the last four years.”

Mike Tyson was around decades ago, when MMA struggled and many MMA fans would love to have a feel of Tyson in the ring, just as much as Boxing Fans. This could triple the gates and pay-per-view buys and force an income that could possibly surpass that of Floyd Mayweather Jr. Vs Conor McGregor back in 2017. 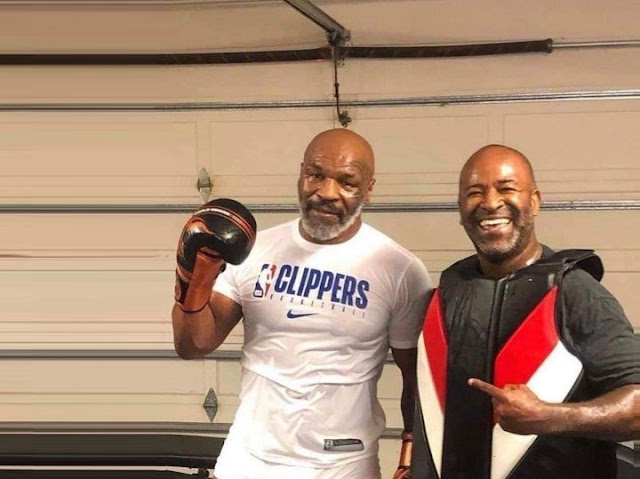 Ortiz feels the same about that as he presented his responds but only see’s his hands getting raised at the end of the fight, while referencing his hard working abilities.

“You know what Conor McGregor and Floyd Mayweather did?” Ortiz said. “I think we could double that. It’d be amazing. It’d be fun. It’d be a great opportunity for both of our brands. The hard work that pays off, the person’s hand will get raised. Everyone knows me as being a hard worker.”

The point of having his hand raised at the end of the fight was no joke as he took time to analyse the game plan and factors he sees that will definitely work to his favour when he eventually meets with “Iron Mike” in the ring. He make clear, he has nothing but respect for the boxing legend but will want him to recognise, he was also one of the best in MMA, in his time.

“I respect Mike,” Ortiz said. “Mike is an amazing man. He’s an amazing individual in general, just what he’s gone through and what he’s (become). I’ve got to give him nothing but respect. I’m not trying to disrespect him at all with anything I say this point out on. I really want to let him know, hey Mike, you are the man. You are one of the best in the world. But I was one of the best in the world at my own game, too.

“… Well, do you think Evander Holyfield stepped up and said, ‘That’s Mike Tyson. I’m going to be afraid of him. I’m not going to be able to tire him out and knock him out in the seventh or eighth round?’ No, it’s all a game plan.”

Ortiz most recently defeated his rival Chuck Liddell back in December in the first edition of Golden Boy MMA. He has since reinstated his retirement but said he keeps himself open to good deals and opportunities. Something evident in his frequent retirements and returns.

The 53 year old Mile Tyson hasn’t been in the Boxing ring since his Knockout loss back in 2005. In early May, Tyson teased a possible return to the ring which has since triggered the whole new segment that now involves Ortiz.