Pulev Warns Joshua – I Compromised Ones, Defend Or Vacate 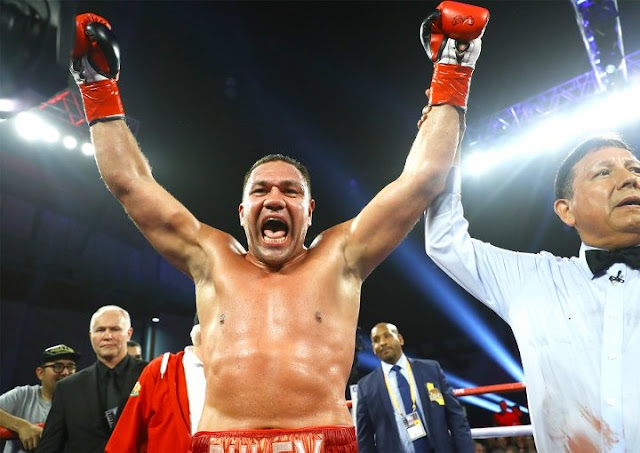 IBF mandatory challenger Kubrat Pulev has sent a warning to IBF,IBO ,WBA and WBO heavyweight champion Anthony Joshua, telling him he will be taking no step aside fee and that, Joshua will have to defend or vacate his IBF title.

The Bulgarian was scheduled to take his mandatory shot at the title against the British superstar on June 20th but the fight got postponed due to the Corona Virus pandemic.

The WBC champion Tyson Fury  is also contracted with former champion Deontay Wilder for a third fight hopeful for a date in October. However, there has recently been a huge call by the fans for an immediate unification with Joshua but that will require paying their already contracted opponents a step aside fee.

Deontay Wilder, who seeks to reclaim his WBC heavyweight title in the trilogy with Fury, has made clear he won’t be taking a step aside fee but even if he did, Joshua will also have to pay Pulev a step aside fee in order to pave way for the unification.

Pulev stands on the fact that, he stepped aside for Joshua to Rematch Andy Ruis Jr. back in December and will take nothing except his mandatory shot at the title, with or without Anthony Joshua.

“I wouldn’t accept it,” said Pulev to Yahoo Sports. “I did it once when I didn’t have to do it for him (Joshua) to have his second match against Ruiz Jr. Everything was against IBF’s rules, but I compromised.”
“Enough is enough. I can’t understand why we are still postponing instead of fixing a date and venue and getting to work? I can’t wait to win this fight. I see how people are afraid of me and are trying to face someone else before me. That’s not how a real world champion should act.
“Even Mike Tyson and Evander Holyfield are coming back to the game to show that they are real warriors, not like him. A year has passed, and they always have a reason to postpone, not to fight against me. There are two options. You either fight or vacate the title.”

Anthony Joshua was scheduled to face Kubrat Pulev back in 2017 but that didn’t materialise as Pulev pulled out due to an injury and Carlos Takam stepped in and eventually got stopped in the 10th round of that fight.