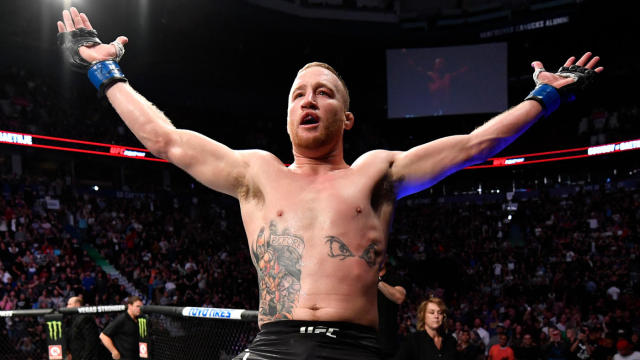 UFC Interim Lightweight Champion Justin Gaethje has been among those clamouring for a fight against former two weight champion Conor McGregor but right now, the cards are in his favour as the Irishman would like to share the Octagon with him.

Gaethje (22-2 MMA, 5-2 UFC) stunned the MMA world with a superb performance against former interim champion Tony Ferguson, battering him to a fifth round stoppage in UFC 249 main event last weekend

With the win, Gaethje booked a unification fight with Lightweight Champion Khabib Nurmagomedov, who was initially scheduled to defend his lightweight title against Ferguson. Gaethje only came in on short notice after Nurmagomedov pulled out of the headlining Bout due to travel ban upheld in Russia during the Corona Virus pandemic.

Dana White has made known the unification fight between Khabib Nurmagomedov and Justin Gaethje is a major priority for the Promotion, ones everything gets back to normal but the “Notorious” believes he could slip in and face Gaethje before the unification is finalised.

The interim champ replied his request to face him with a compilation video of his call-outs  on Instagram. 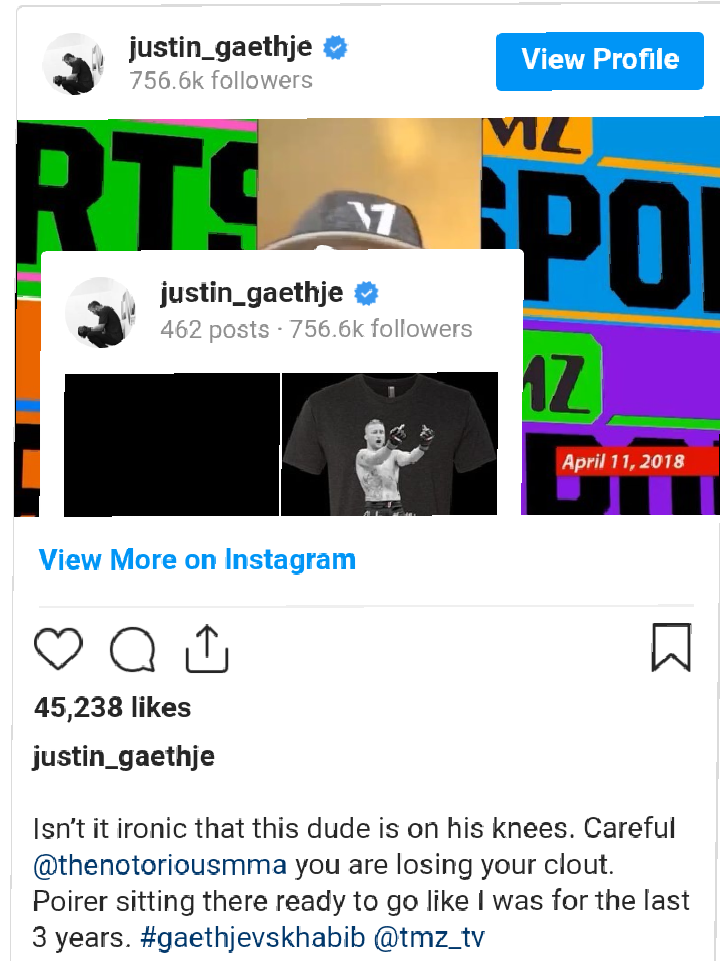 Gaethje replied McGregor with an accusation of “clout chasing” which directly translates to his having to interest in fighting the UFC star. He even suggested that McGregor shift his attention to Dustin Poirier and a possible fight will then depend on the outcome.

Justin Gaethje has stopped his last four opponents and with that streak, captured the interim lightweight title. Now his sole focus is on defeating the champion Nurmagomedov.