Joseph Parker Hopes For Dillian Whyte Rematch – We Have History 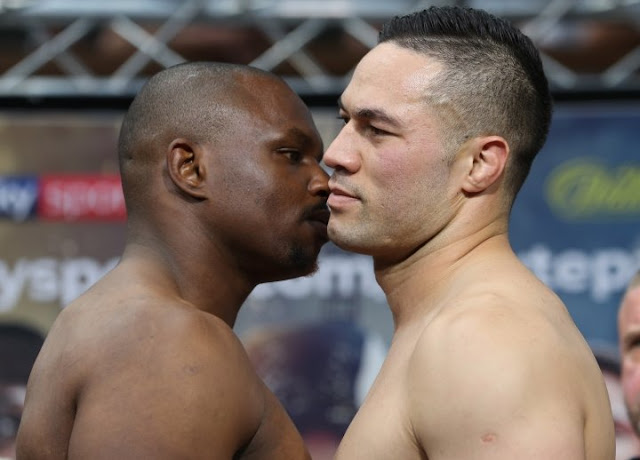 Former WBO heavyweight champion Joseph Parker has been clamouring for a rematch against Dillian Whyte, since losing a 12 round unanimous decision loss to the British contender at the O2 Arena in 2018.

Whyte sent Parker to the Canvas twice in that bout but the Kiwi fighter was able to overcome those knockdowns to drop and almost stop the Whyte in the 12th round.

Whyte, who is presently preparing for a show down against former WBA Heavyweight champion Alexander Povetkin in July, has expressed very little interest in the rematch with Parker.

Parker has since the two losses, won three in a row and in his last outing earned a TKO victory over Shawndell Winters in February.

“Dillian and I have history with the fight that we had and obviously I want a rematch, and I think that’s probably the reason why he’s getting a bit agitated,” Parker told Sky News.
“I’m calling him out and saying I can beat you. But I see it as quite funny coming from him. I don’t know if he can loosen up himself, and if he can dance, and if he has moves. I just don’t know. If he sees this, it’s a challenge to see if he can loosen up and just relax.
“I hope [he offers me a rematch]. I’m not sure if he will, but I hope he does, because I think it will be a great fight again. I know he’s trying to chase his goals and dreams of being champion of the world, but if there’s no one there willing to give him that opportunity, if no one wants to fight him, I’m always here. I’m willing, I’m able and I’m ready.”

Instead of an interest on Parker’s call out,  He instead told him to direct his focus on credible opponents and adviced him stop posting dance moves on social media.