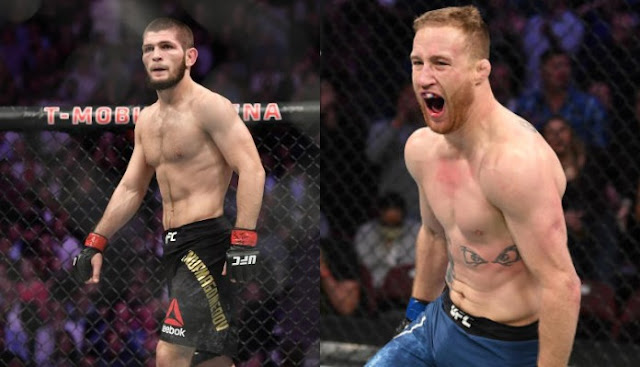 Nurmagomedov (28-0 MMA, 12-0 UFC) was scheduled to fight Tony Ferguson in UFC 249 main event but things fell out after the Corona Virus outbreak which left the champ stocked in Russia due to travel bans caused by the pandemic, forcing him out of the fight.

Gaethje (22-2 MMA, 5-2 UFC) stepped in on short notice to face Ferguson in the main event and eventually executed a one sided fifth round stoppage victory over Ferguson, leaving him bloodied and took home the UFC interim lightweight title.

“I expect (Nurmagomedov vs. Gaethje) to happen this summer,” White said, via ESPN. “I don’t know if it will be the first one, but it will be on ‘Fight Island,’ unless miraculously the world comes back together faster than I think it’s gonna.”

The UFC 249 was a success this past weekend after scaling through numerous huddles in the build up to the event which eventually took place at the VyStar Veterans Memorial Arena in Jacksonville, Florida.
The Fight Island, projected to be the venue for the unification fight, presently doesn’t have an official lunch date but has been tentative for a date in June. The recently publicised date for an event by the promotion is June 6th.