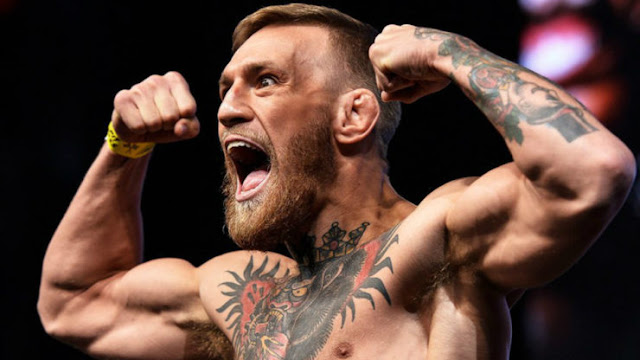 Former UFC Two Weight Champion Conor McGregor made himself trend with replies to his post on who is the Greatest Of All Time (G.O.A.T) and with that caused a bit of a stir among the top MMA fighters.

McGregor ranked his top four MMA fighters of all time in a post on his Twitter handle on Saturday, listing himself among those best suited for the number 1 spot. However, time didn’t fly before replies started pouring in fr fans and professionals.

McGregor named Anderson Silva, Georges St Pierre and Jon Jones among the top G.O.A.T  contenders in his list. Jon Jones was the first to reply McGregor, making reference to his lack of title defence and adviced him to attain that status before thinking of G.O.A.T status. 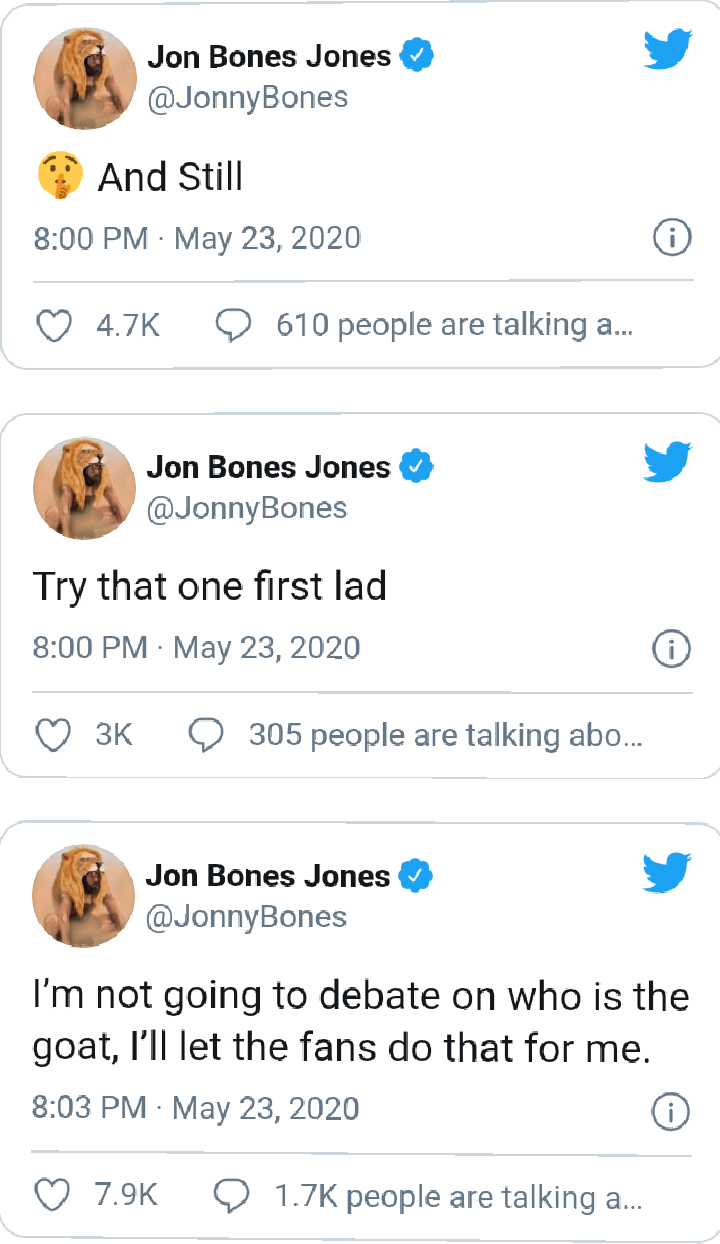 Nate Diaz was also among those to reply “The Notorious”, making reference to his short notice victory over Conor McGregor at UFC 196 and despite losing their second meeting at UFC 202, it was believed that he had done enough to win the fight. 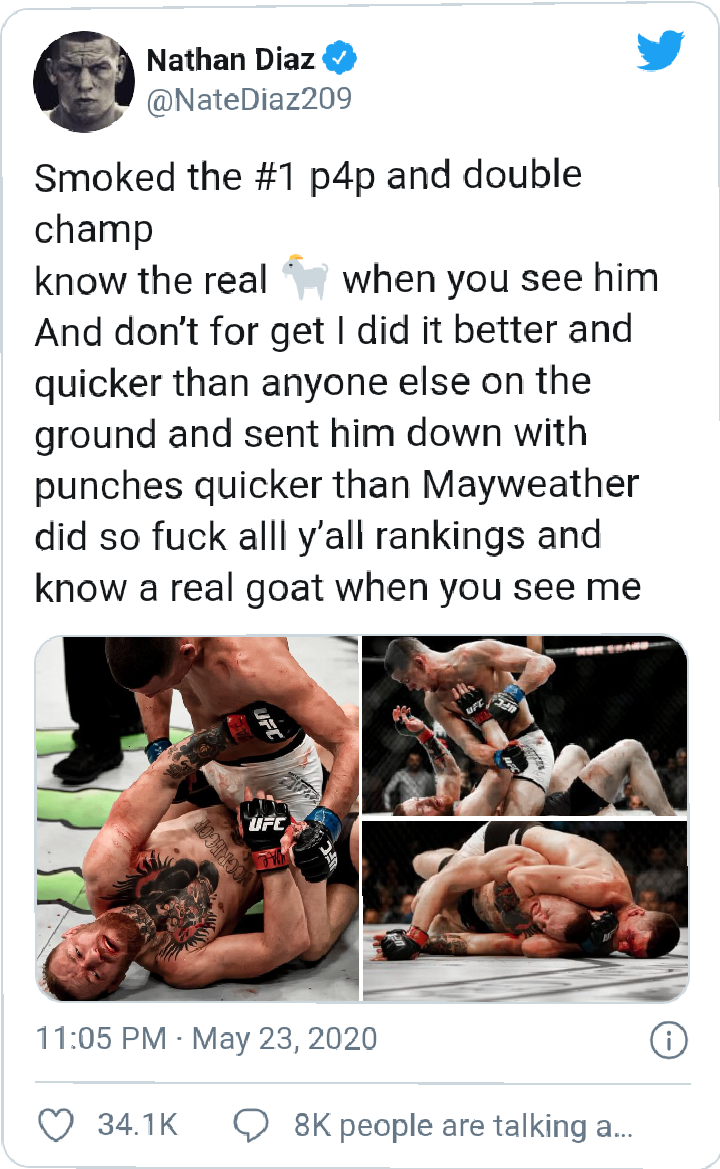 The next to reply the Irishman was his most hated rival Khabib Nurmagomedov, who submitted him in the fourth round of their meeting at UFC 249 in October last year. The two have never been on the same page and that was evident in the aftermath of their main event meeting.

Nurmagomedov went straight on McGregor’s Resume, pointing out that the former two weight champion has lost via submission in the three weight class, he has competed. Their Lightweight meeting being part of them. 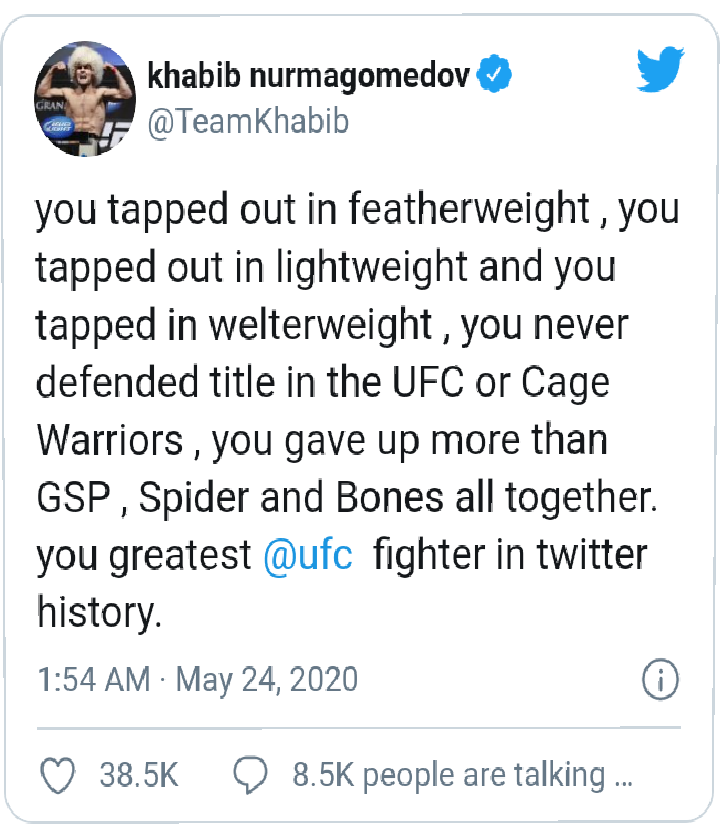 Conor McGregor currently doesn’t have a booked fight but has expressed his interest in getting back in the Octagon but the UFC President has made clear, his return will be delayed by the Promotion, as they won’t be able to cash in on live gate during the Pandemic.