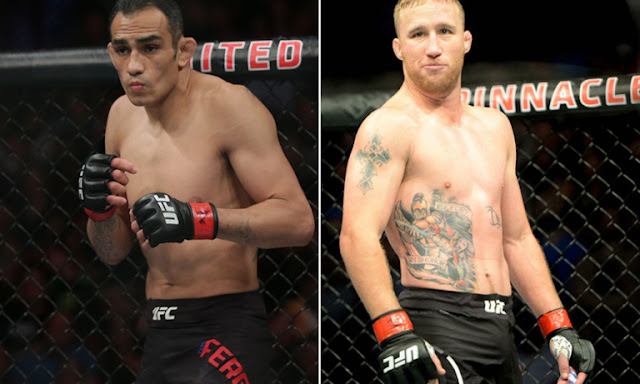 Lightweight Contender Justin Gaethje has been announced as the short notice replacement for Khabib Nurmagomedov, who is presently stuck in Russia and won’t be able to face Tony Ferguson in the headlining bout of UFC 249.

Assuming everything goes to plan, Gaethje (21-2 MMA, 4-2 UFC) will face Tony Ferguson (25-3 MMA, 15-1 UFC) for the Interim lightweight title on the 18th of April. Gaethje took up the fight after Nurmagomedov pulled out due to travel restrictions due to the Corona Virus pandemic in his country Russia.

The big issue for the event still remains the location, as most countries have movement restrictions or presently observing anlock down to reduce the spread of Corona Virus. However, it was reported by ESPN that the Promotion was searching for a possible location in the West Coast and so far no location has been announced.

UFC president Dana White has previously stated, he and his team will be doing all in their power to make the Fight card happen despite the numerous huddles posed by the COVID 19 Pandemic.

Tony Ferguson is presently ridding on a 12 fight winning streak, which has earned him the No.2 ranking on the USA TODAY Sports/MMA Junkie lightweight rankings. Ferguson has been booked to face Khabib Nurmagomedov four times in the past, with this making five but non has come to fruition as there is always a reason for the fight to be cancelled.

Gaethje is rated No. 4 on the USA TODAY Sports/MMA Junkie lightweight rankings and goes into this March up on a three fight winning streak with all coming by way of a first round knockout. He is a former WOSF champion, who defended his title five times under the banner. 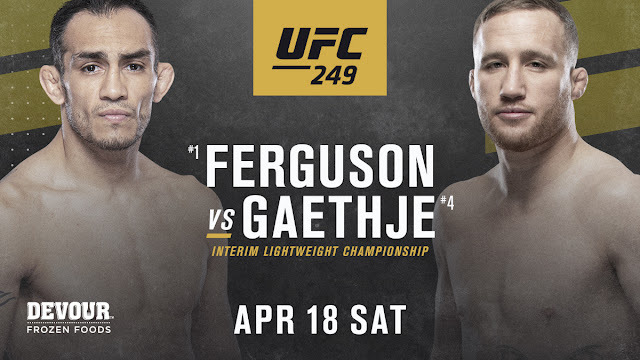