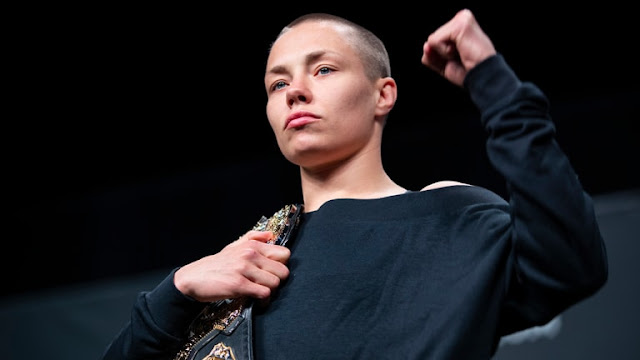 Former UFC Rose Namajunas redrew from Her rematch with Jessica Andrade on Wednesday due to an undisclosed reason. The reason behind her withdrawal was disclosed a day after and it really tragic.

Namajunas had the opportunity of taking her revenge on former Strawweight champion Jessica Andrade in the Co Headlining Bout of the just cancelled UFC 249 after losing the first meeting in devastating fashion. However she pulled out after her family got hit by the Corona Virus Pandemic.

Brian Butler, Manager to the former Strawweight champion released a statement on behave of Namajunas which has it, that the she withdrew because she was mourning two family members, who passed on after contacting the Corona Virus.

The post from Butler, didn’t go deep into telling the exact member of her family that got hit and eventually died from the Corona Virus but sure gave us a detailed explanation as to why the former champion pulled out of the now cancelled event which was scheduled to take place on the 18th of April.

Immediate release: @rosenamajunas withdrew from UFC 249 due to 2 deaths in the family related to the Coronavirus. Her hopes are to return to the Octagon as soon as possible but for now we ask for people to respect their privacy during this time.

The UFC 249 card was supposed to take place at the Tachi Palace Casino Resort in Lemoore, Calif. But due to the recent developments, the card has been cancelled due to obstacles encountered both politically and medically.