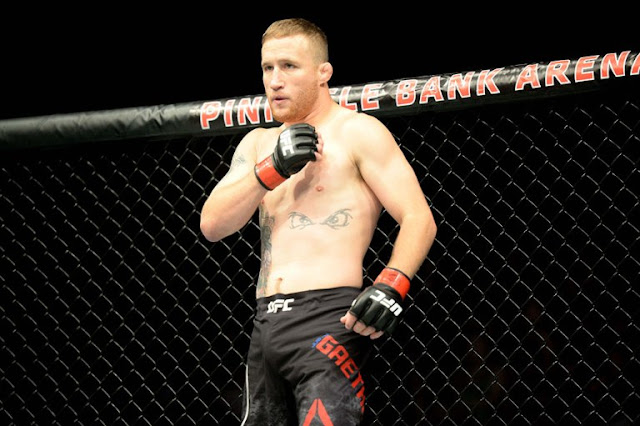 UFC Lightweight Contender Justin Gaethje is not only accepting arguably the biggest test of his career on two weeks notice but wants to make a big statement against one of the best Lightweights in the Promotions History.

Gaethje (21-2 MMA, 4-2 UFC) will fight Tony Ferguson (25-3 MMA, 15-1 UFC) in the main event of UFC 249 on April 18th at a yet to be announced location. This fight was rearranged after UFC Lightweight Champion Khabib Nurmagomedov was forced off the card due to travel restrictions in his country due to the Corona Virus pandemic.

This former World Series Of Fighting Champion Gaethje will be going into his first UFC title fight but having finished off all his last three opponents, he remains confident he needs just one perfect shot to finish off Ferguson, when they both meet two weeks from now.

“I got the perfect dance partner,” Gaethje told TMZ. “I got the dance partner that I dream about and that’s Tony Ferguson. “He thrives in dark places, he doesn’t get tired, he’s got cardio for days, and I hit like a Mack truck. So when I hit him, he’ll go to sleep.
“I possess some of the best finishing skills on the UFC roster,” he continued. “I’m gonna attack his body, I’m gonna attack his legs and whenever he’s worried about those, I’m going to punch him in the head and hopefully he goes to sleep. If not, he’s probably going to cut me up with some elbows, probably choke me out late in the fight if I don’t put him to sleep. But I’m content with every single one of those scenarios as long as I get to go in there and I don’t disappoint myself and my family.”

Ferguson will stand a chance of becoming the first two time Lightweight interim champion after seeing his opportunity to become the main Champion at 155 pounds disappear into thin air in the build up to UFC 249, he had no form of hesitation in taking the fight.

Gaethje will be taking on Ferguson, who has been training for weeks and had prepared to go into deep waters against Nurmagomedov.

“Tony brings many challenges,” Gaethje said. “I’m looking forward to facing adversity in there. I literally know he thrives in dark places and I consider myself to also thrive in dark places. As disappointing as it is that Khabib and Tony aren’t happening, if you’re a fan of MMA, then you’re an idiot if you’re not excited about this fight.”

After been given the call for the massive opportunity, Gaethje took time to asses his chances and everything he stands to lose or gain in the fight, including his principle of not accepting fights on short notice.

“I’m going to go out there and I’m going to get a paycheck, which is nice. But ultimately, I get a chance at glory. Heroes live forever and legends never die and I’m literally here to make a statement.” 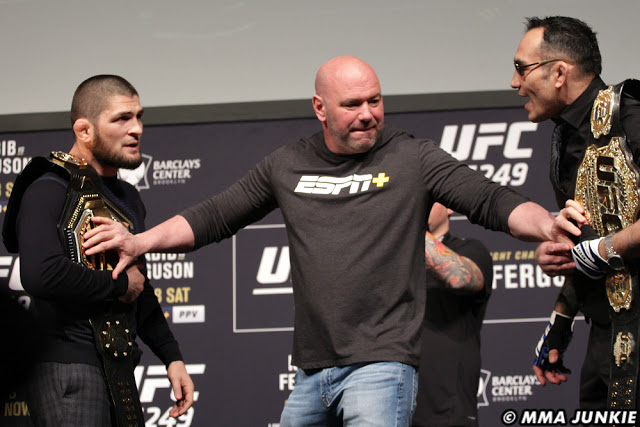