Former UFC lightweight interim champion Tony Ferguson seems hell bent on making the 155 pound limit despite the fact that UFC 249 has been cancelled.

Ferguson made clear in a post on his Twitter handle, he will still be working hard to make the lightweight limit and will be stepping in the scales on Friday, which was the day scheduled for the UFC 249 weigh in.

UFC 249 was scheduled to take place on the 18th of April but was cancelled due to the ongoing Corona Virus pandemic. The cancellation though, wasn’t an easy decision to make as the UFC fought hard to stage the event taking measures that included replacing Khabib Nurmagomedov with Justin Gaethje after the lightweight champion got stocked in his country Russia due to travel restrictions, a total shuffling and replacement of fights on the fight card and a serious search for a location.

Ferguson had made clear he would still be train despite the cancellation of the event “Oh wow,” Ferguson said, upon finding out the news of UFC 249’s cancellation. “Oh, well. I’m still going to train. … I’m sure it’s for a good reason. Let’s be real. I got to keep the faith.” 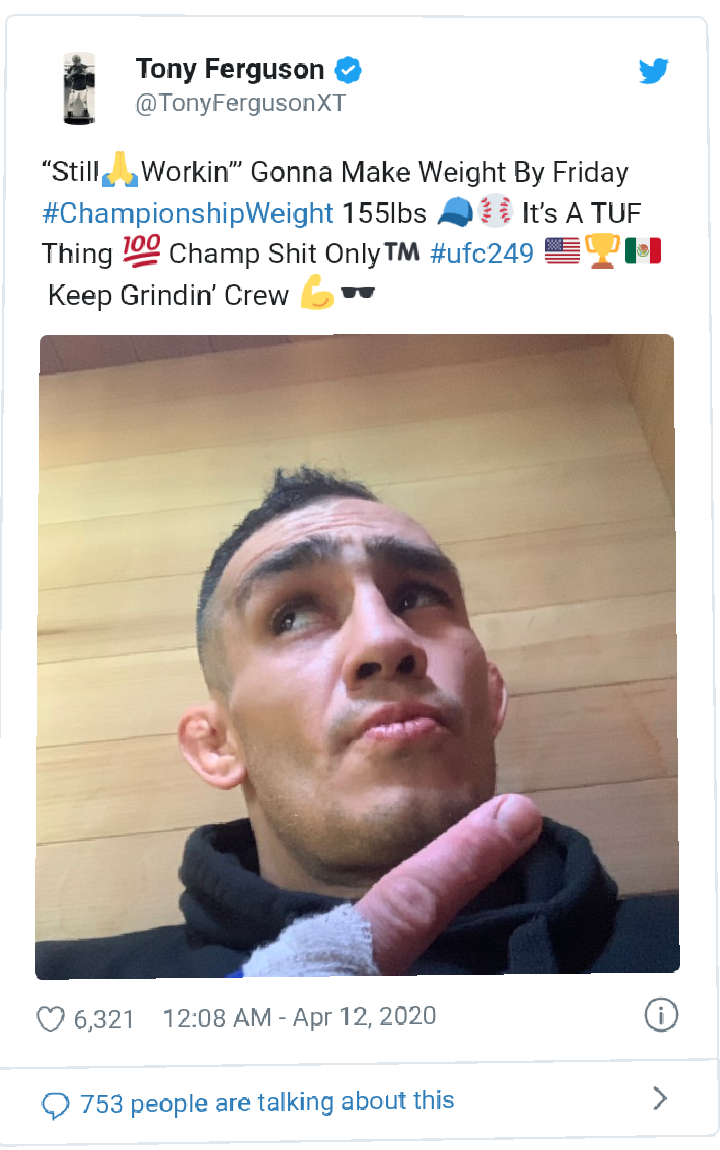