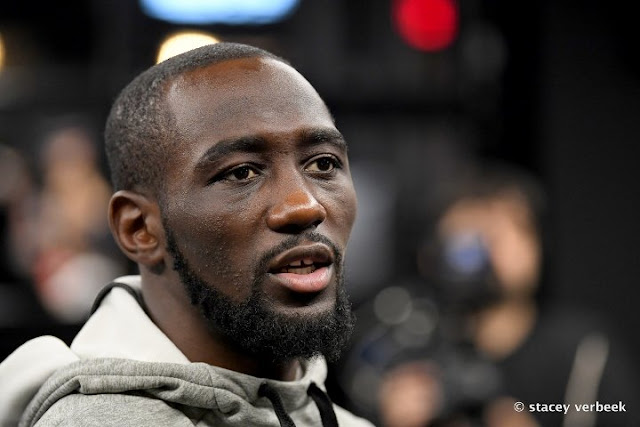 WBO welterweight champion Terence Crawford believes that there is a huge conspiracy lurking behind the huge counts of Corona Virus cases and deaths floating around on social media.

Crawford has admitted to not telling his family to stay indoors because he believes that the effects of COVID 19 is currently been overstated by the media and Government officials.

It is recorded that over 1.8 million people have contracted the virus with 535000 only in the United States out of which they are 20000 deaths. However, Crawford thinks this might be used to create some kind of panic and fear among people for a reason he is still yet to understand.

“It ain’t no different to any other day. I’m not locked up in the house. I’m not locking my kids up in the house, I’m telling you,” he told Sports Illustrated.
“I don’t feel like these people that they say are dying and sick from it is actually true. I think they’re using fear to try to control us right now, for something else.
“I don’t know what it is but me personally, I just can’t agree with a whole bunch of things that they’re saying now.
“The media runs the world. You put anything on then everybody’s gonna run with it and you’ll have people scared.

Crawford believes that If the virus is actually true then, the medical teams and the government might be going about it the wrong way as they say it doesn’t really affect those in healthy conditions, except those with medical conditions and aged among us.

Crawford also says he has someone, who claims to have contacted the virus but still trains regularly without issues.

“They said it really don’t affect healthy individuals, only the elderly or those with problems like asthma or breathing disorders – but that’s like any cold or flu.
“You’ve got to protect the ones with body issues like overweight or obesity.

“One of our friends said she had it but she said she’s doing better now so that was the only person.
“I’m enjoying time with my family, at home, laid back and chilled. I’m not anxious. I have my own boxing gym and I’ve got everything: treadmill, bikes, Jacob ladders, whatever you need I’ve got it.”

The unbeaten welterweight titlist has a lot of questions to ask concerning the virus as some professionals are still allowed to work and the police.

“If it’s so bad then why are people still picking up trash, why are people working but you can only do take out?” I have a load of questions I need answers to. What about all the police officers that are still working? Me, if I was a cop, if it was that bad, then I wouldn’t be working. I don’t agree with what they’re saying,” Crawford said.