Sauerland – Yuniel Dorticos Vs Mairis Briedis Unrealistic For May 16 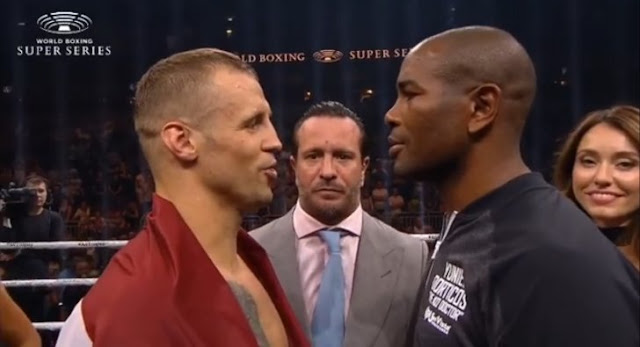 Sauerland, who is the Chief Boxing Officer of Camosa AG, the company behind the World Boxing Super Series will definitely be ringside during the final between the No. 1 ranked and No. 4 ranked 200 pounders in the world, when they eventually meet at the Arena Riga in Riga, Latvia, on May 16.

Wilfred, the father of Kalle Sauerland, the main man behind the Ali Trophy Tournament says the event will have to be shifted to another date in the future due to the on going Corona Virus (COVID 19) Pandemic.

“They’re looking at moving the government ban on events to a further 30 days,” Sauerland, who was forced to push the date back originally from March 21, says. “I think it’s highly unrealistic that this event will take place on May 16.”

The World Boxing Super Series has brought such a great improvement in the boxing world, matching the best against the but has always had Logistics and scheduling problems.

Season one of their super middleweight version of the tournament had these issues as George Groves, who was then the WBA Super middleweight champion got injured in his semi final clash with Chris Eubank Jr. and had to stay out until September before facing the WBC diamond Champion Callum Smith in the final.

“We can’t do anything [about the cruiserweight final] until we know exactly what the government is doing,” Sauerland continues. “We’ve said that at all times we will adhere to what the authorities and the experts are telling us and we will then, once we know exactly what is happening, have to push back to a further date.”

Dorticos (24-1, 22 KOs) and Briedis (26-1, 19 KOs) having finished off Andrew Tabiti and Krzysztof Glowacki in their semi-finals, would be colliding for the 200 pound division ring magazine title in the final.

“It’s clear that we’re not going to be the only event affected by this, but it’s frustrating times, of course, as a promoter, but all we can do is go off the advice given by the government and the experts.”

The full information on the postponed events will be relayed to the public in the coming days.