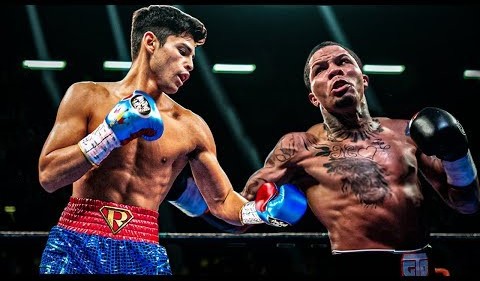 Garcia seems hell bent on becoming the greatest and has gone as far as comparing his fight with Davis with Sonny Liston Vs Muhammed Ali, promising to defeat him in their first meeting and in a rematch to confirm his superiority.

“Once I beat Gervonta Davis like I’ve been calling it, that’s going to be like history repeats itself with Sonny Liston and Muhammad Ali, who was Cassius Clay at the time when he fought Sonny Liston. He got his respect. He was a loudmouth,” Garcia told Fight Hype. “Once I beat Gervonta Davis’ ass, that’s when they’ll give me credit.”
“Everyone was saying, ‘Muhammad Ali, is he all talk, is he all jibe?’ You remember all that. From the documentaries, that’s what they were saying. Now they’re saying that about me. I’m a f–king beast. I’m telling you. Once I beat Gervonta Davis’ ass, and I’m going to hand it to him. Maybe twice. I’m going to hand it to him twice just to make it clear, ‘He beat him.’

Garcia, 21 (20-0,17kOs) has been advocating for a fight with Gervonta Davis (23-0, 22KOs) since scoring a one punch knockout victory over Francisco Fonseca in February. He has posted all manner of things on social media and has even promised to go personal and disrespectful in his plot to seal a fight with the 24 year old Davis.

Garcia is looking to work in the footsteps of Ali, who was just 22 when he defeated Liston to win the Heavyweight title and again 15 months later to show his superiority.

“They’re going to give me that respect then [when I beat Davis], and then I’m going to do it like Muhammad Ali and take it to a whole another level and start beating everyone’s ass,” said Garcia. “You know what I want to do? I want to go every month. And I don’t care who it is, just keep fighting every two months. I like to fight, but nowadays they want to create hype and sh-t. It’s going to be hype no matter what, you know what I mean?” 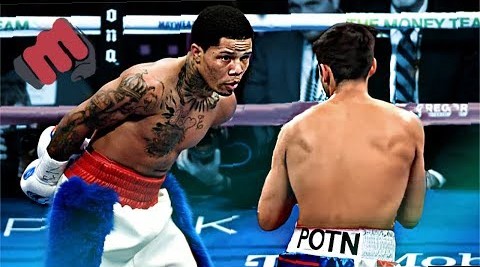