Ryan Garcia Questions Gervonta Davis And His Level Of Opposition 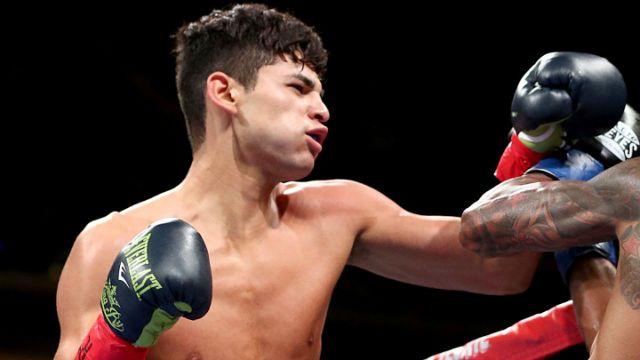 Ryan Garcia Vs Gervonta Davis banter has been going on and on for weeks now on social media and the young prospect for Mexico is about to take things personal with the Knockout artist from Baltimore.

Earlier this year, Davis was charged with a battery after video emerge showing him have a physical alterations with his girlfriend and baby mother in Miami. He later turned himself in for the incident.

Garcia has said it in the past and stands on his opinion that, Davis is about to lose everything along with his boxing career because of his negative life outside the ring.

“It’s all going to cost him,” Garcia told Fight Hype. “That’s stress on the human body. He’s f–king up big time, you know what I mean? It’s going to catch up to him when he fights me. I’m not a person that is going to lay down on him … I’m coming up with a lot of things from people to make this fight even more hyped. I’m chasing him down, and I’m going to get disrespectful with him as much as I can to make the fight happen. I think he wants to cash out. He wants to make a lot of money. That’s what he’s focused on.”

The two youngsters could end up in the ring sooner then later but in the next few months, both have their plates full. Davis is hoping to share the ring with former three weight world champion Leo Santa Cruz while Garcia is already making ways towards a potential clash with well tested veteran Jorge Linares.

Ryan Garcia has one way or the other Watch Davis’s Lightweight debut against Yuriorkis Gamboa and definitely, seems unimpressed with his performance and has gone as far as questioning his level of oppositions, saying they have “no power”