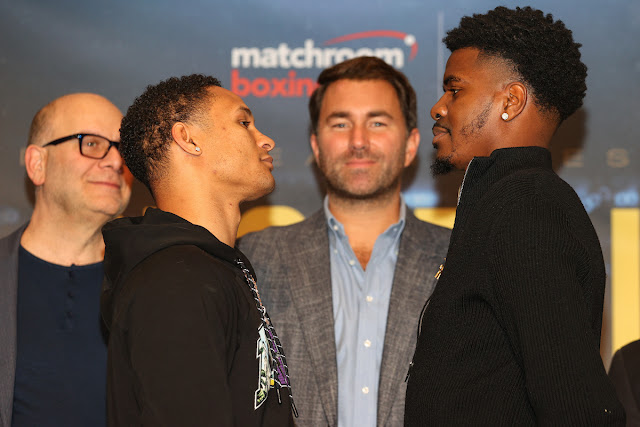 The Junior welterweight division could still be a possible destination for four division champion Mikey Garcia, who sees a possible opponent in the fight between Regis Prograis and Maurice Hooker.

Garcia believes Prograis will defeat Maurice Hooker when they eventually meet in their rescheduled date. The two former world champions where Initially scheduled to fight this Friday night but the event has now been postponed due to the ongoing Corona Virus pandemic.

“I actually think Regis Prograis might be the favorite on my end,” Garcia told promoter Eddie Hearn during a recent Instagram Live interview. “I think he’s solid, he’s strong. And Hooker, he got stopped by Jose Ramirez. So, that’s the only thing that’s kind of still in the back of my mind. You know, even though it’s a long time [ago] now, it’s gonna be a long time by the time from the Ramirez fight, you know, it still takes a while. Some fighters don’t recover well from a stoppage, don’t come back as motivated or as sure of themselves. And that’s the only question that I have about Hooker. So, that’s why I kind of lean towards a Regis Prograis victory.”

Ramirez (25-0, 17 KOs) unified the WBC and WBO junior welterweight titles with a sixth round stoppage victory over Maurice Hooker, dropping him in the first round back in July 27th at college Park Center in Allington Texas.

Hooker overcame a first round knockdown in the fight, got back to his feet and  made the fight competitive till he got caught with a left hook in the sixth round that left him defenceless and the Ramirez sensing that, unleashed a flurry that forced the referee to intervene.

Hooker was able to return back to winning ways with a first round Knockout victory over Uriel Perez (19-5, 17 KOs) on December 20th at the Talking Stick Resort Arena in Pheonix.

Prograis on the other hand will be fighting for the first time since losing hi unbeaten record and title to Josh Taylor (16-0, 12 KOs) in their WBA/ IBF unification fight in the World Boxing Super Series final last year. He will be attempting to move on from the loss when he faces Hooker.

“That’s a very good fight for both the guys right now,” Garcia said of Prograis-Hooker. “They both wanna get back on top. You know, so I’m sure they’re gonna be very hungry for a win and they’re gonna get in the best shape possible. You know, they know that a win opens doors to much bigger fights for either one of them.” 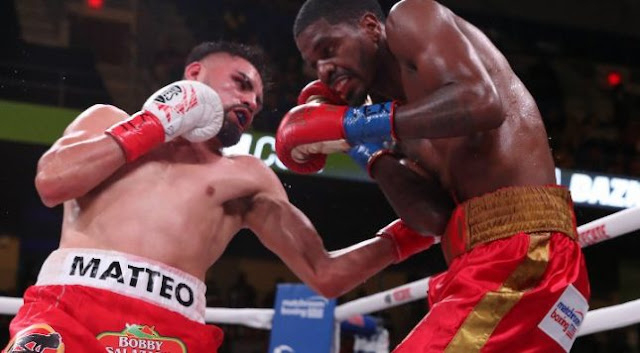