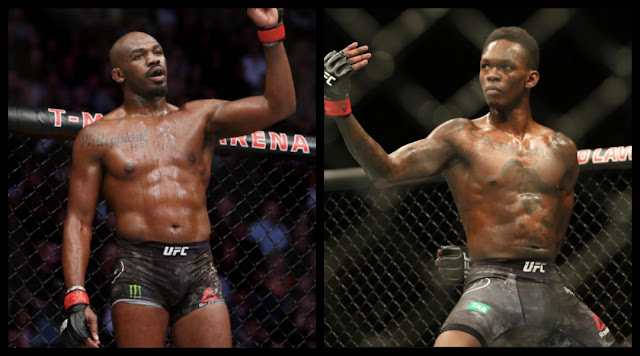 The two UFC champions have been exchanging some serious banter on social media recently, which has prompted some thinking this could lead to a super fight. Despite fighting in different weight classes , Adesanya has expressed interest in moving up two weight divisions for a superfight with Jones but will first clear out the 185 pound division.

However Micheal Bisping, believes that Adesanya could measure up with Jon Jones, Judging from his recent performances against Dominick Reyes, Anthony Smith and Thiago Santos.

“On the feet, they’d match up pretty well,” Bisping told Submission Radio. “I can’t see why Israel wouldn’t have at least an equal footing or potentially an advantage. We saw in (Jones’) last few fights he’s not invincible, he’s not superhuman – he is beatable. Everybody’s beatable, trust me. And Jon, the longer he does it, the longer he goes, it’s kind of a game of odds. At some point, someone’s going to beat him, and it seems to be happening more and more. I mean, the fight against Dominick Reyes – and I’m not trying to dump on Jon Jones – but I feel that Reyes won that fight.

“The one before, Thiago Santos, that was a close fight, and Thiago Santos had a bloody blown ACL from Round 1. The fight before that, Anthony Smith. So, you know, Jon isn’t unbeatable, and Adesanya is also undefeated. They’re both pretty undefeated in my eyes. It’s a great fight. I’d love to see it one day, but I’m not sure I would ever see Israel at heavyweight. That’s why I kind of laughed there, ’cause he’s certainly very tall. But he’s a light middleweight at the end of the day. So at heavyweight, he’s gonna have a big disadvantage there.”

Bisping has somehow grown into a big fan of Adesanya, who is so famous for his trash talk has found his way into having a feud with Jones, who rules over a division, he presently has no business with.

Bisping has seen many super fights happen in the UFC and would definitely love this fight to happen but at the moment, he doesn’t believe that the fight will ever happen.

“I like what he’s doing with Jon Jones – I like what he’s doing,” Bisping said. “I don’t know if that fight will ever happen. It probably won’t. Not anytime soon. I think Jon’s talking about going up to heavyweight, so obviously that would put a barrier between them. But I like it. I certainly liked seeing Israel talk (expletive) about Jon Jones. It is funny. I just sit there in the morning eating my Corn Flakes and get a little chuckle out of it. So, yeah – he’s great, he’s great. I’m a big fan.

“He’s great – undefeated, which is very marketable. He looks good, he talks good, he fights good. The guy’s a superstar. He’s got all the qualities that the UFC are looking for in a superstar, and he fights great.” 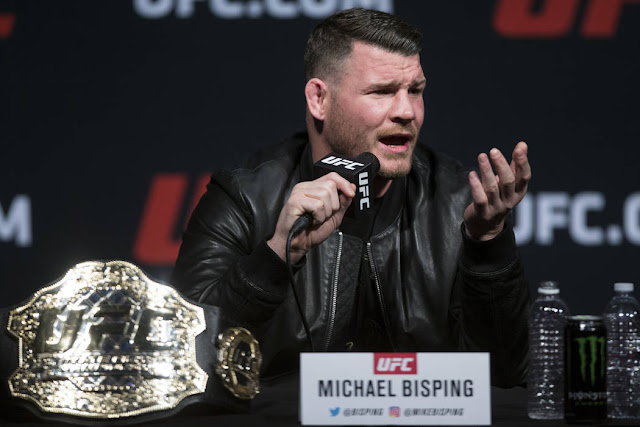