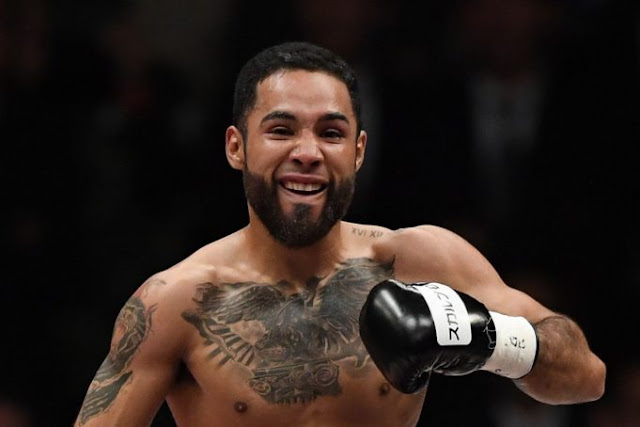 It’s no new news that, the hard hitting Mexican Luis Nery has constantly been facing serious battles and his biggest battles are those outside the Boxing ring.

The knock out artist has always had issues making weight for his fights and has constantly been testing positiveto a banned enhancement drug Zilpaterol, through out his eight year professional career.

Nery, who ones lost his title to the scales and attracted a ban also missed an opportunity to fight Emmanuel Rodriguez on Deontay Wilder Vs Luis Ortiz Rematch Undercard back in November because he failed to make weight for the fight.

Nery was training under Hall Of Fame Trainer Freddie Roach at that time but all that hard work didn’t materialise in the ring as he never got the chance to show it. He has now switched to BWAA Trainer Of The Year Eddy Reynoso, who has also made him move up in weight to help work on his weight issues.

The 25 year old Nery, was set to make his 122 pound debut against Aaron Alameda (25-0, 13 KOs) last month but the card got affected by the Corona Virus pandemic, which eventually led to his cancellation.
Fernando Beltran, Zanfer Promotions president believes that the pairing of Nery and Eddy Reynoso is a perfect match and will definitely be evident when they both step in the ring as a team. He also claimed that Nery has promised to   take a positive turn in his career.

“I always express admiration to Eddy Reynoso and Canelo Alvarez. Eddy is becoming a sensational trainer. He is taking the torch of legendary trainers,” Beltran told BoxingScene.com in an interview. “Nery feels very sensational with Eddy in training. Nery talked to me a few days ago and told me he is ready to make history. Now he needs to be very disciplined in the gym. He’s made a bad name for himself as an undisciplined fighter. Now he’s the bad boy of boxing. What can we do? He needs to understand to stay disciplined.”

The Japan Boxing Commission banned Luis Nery for life for his wrong doings after hitting the scales five pounds over the 118 pound limit, a case that led to him losing his WBC belt to Shinsuki Yamaneka and an indefinite suspension from the WBC.
Nery (30-0, 2 4 KOs)  is on an eleven fight stoppage streak and has stopped 15 out of his last 16 opponents. He was last seen knocking out Juan Carlos Payano last July.