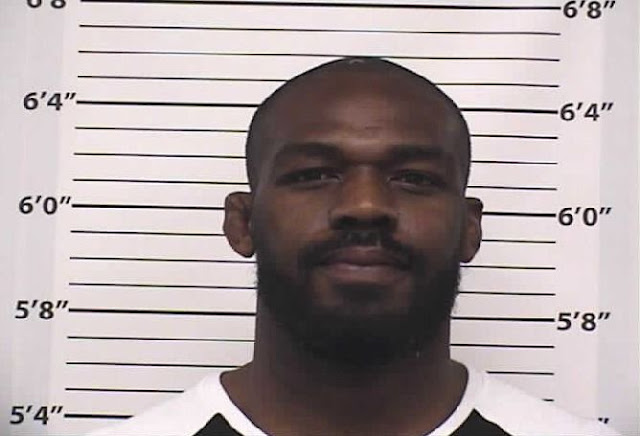 The UFC light heavyweight champion Jon Jones has pleaded guilty to driving under the influence and has been sentenced to house arrest.

The 32 year old champ was arrested in the early hours of Wednesday last week in in his hometown of Albuquerque and charged with aggravated DWI, negligent use of a firearm, possession of an open container, and no proof of insurance.

As reported by TMZ on Tuesday, Jon Jones reached an aggregate with the Legislators, which will help him avoid jail time. The alternative to jail time include 96 hours of community custody (essentially house arrest), one year of supervised probation, a minimum 90 days of outpatient therapy – which will be conducted via video conferencing due to the COVID-19 pandemic – and 48 hours worth of community service.

“Jon Jones pleaded guilty to his second DWI. The incident happened on March 26, 2020 outside a downtown Albuquerque nightclub, just two months after his probation ended following an incident at an Albuquerque strip club. Jones took responsibility for his actions early on in the case and in doing so the state agreed to 1 year supervised probation,” the statement read. “Normally, the State would be requesting a pre-sentencing report and a recommendation to Substance Recovery Court. However, due to COVID-19, it is not clear the program can accept anyone at this time.

“It is also the reason that we are agreeing to the 4 days on CCP with 90 days for turn-in (the metropolitan jail just reported a new case of COVID-19). Jones is still required to complete a minimum of 90 day outpatient treatment, maximum fines and fees, community service, and all other requirements of reporting to probation. His attorney and Mr. Jones have been made aware that if he fails to do this, the State will seek to impose the balance of any jail time without regard for any exceptional circumstances.”

Jon Jones has always had run in with the law and this is the latest of his string of offenses, with the biggest case coming back in 2012 , when he was charged with DUI after crashing his Bentley in New York and in 2015, when injured an old woman in a collision and got charged with a Hit-And -Run.

He has always found a way to avoid serious jail time and the UFC has only had him penalised ones which was after his last case, when he was stripped of his title.

No statement has been released concerning the Jon Jones latest arrest but before that, Jones has released an apology ,claims full responsibility for his actions and promises to work on his personal life, especially deal with his unhealthy relationship with alcohol.

“While we all work to understand and cope with stress and uncertainties surrounding the current state of our world, I want to express how truly disappointed I am that I have become the source of a negative headline again, especially during these trying times,” Jones said. “I am disappointed for letting down the people I care about the most – my family, friends and my fans. This morning I entered into a plea deal with the Albuquerque DA’s office. I accept full responsibility for my actions, and I know that I have some personal work to do, which involves the unhealthy relationship I have with alcohol.”