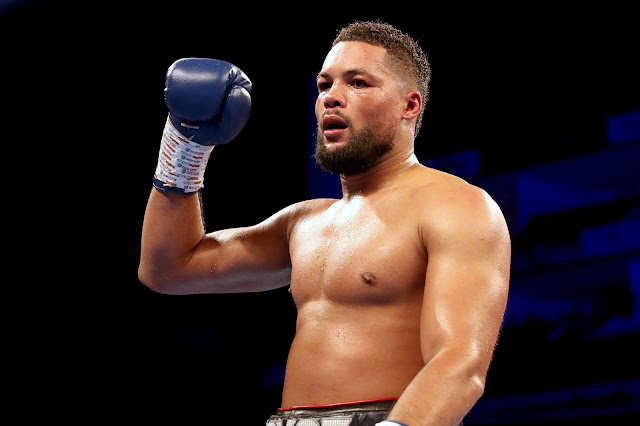 Olympic Silver Medalist Joe Joyce feels very disappointed that his scheduled battle with Daniel Dubois was postponed to July 11th due to the currently ravaging Corona Virus pandemic, after the two of them got fully prepared to collide on the 11th of April.

Joyce believes he would have had all the advantage going into the fight after completing such a great training camp before everything around him was put on hold by the COVID 19 Pandemic.

“It’s very unfortunate. The fight got postponed after a great camp in Vegas. It was all on track, everything was going perfectly, but then I had to get flown back to UK because we thought the flights would stop (because of coronavirus) and then we had to put it on hold. But in terms of the psychological game, I think it’s to my advantage. My mindset and experience will carry me through,” Joyce explained to Sky Sports.

Joyce however, is hoping to clinch a world title shot against one of the two title holders with a win over the 22 year old knockout artist Dubois. Tyson Fury is the WBC heavyweight champion, while Anthony Joshua holds the other four belts which includes the IBF, IBO, WBA and WBO world titles.

Anthony Joshua presently has a mandatory defence against Kubrat Pulev to deal with while Tyson Fury will take on Former champion Deontay Wilder fro the third time after the Corona Virus COVID 19 Pandemic is over but any how it goes, Joyce has a few strategies to implement against Joshua and Fury, having had a few encounter with them in sparing.

“Tyson Fury’s tied up. Joshua beats Pulev… maybe it’s me next. I used to love sparing with Joshua. Sometimes we used to go at it, toe-to-toe, really connecting. It wouldn’t be a very good thing to do that against Joshua [in a real fight]. He’s good in a dogfight, but it would be fun. You don’t want to take big shots against Joshua,” Joyce said.
“I don’t think he (Joshua) would like to go 12 rounds. I wouldn’t be on the back foot though, I remember him being slightly taller with a longer reach then me. My skill set, my strength, is to come forward.”

“If Fury was to fight me, he’d want to outbox me. He’s not going to knock me out. It would be me trying to walk him down, him trying to slip shots and counter. It would be a great match,” Joyce said.