Israel Adesanya Wants Jon Jones Fight, With Or Without Title 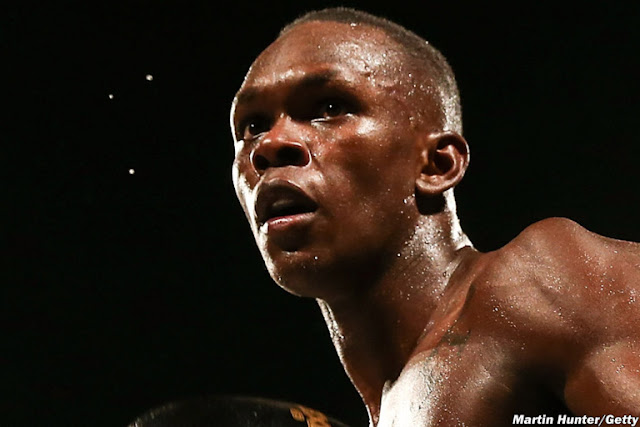 UFC Middleweight Champion Isreal Adesanya strongly believes that he will one day fight his light heavyweight counterpart Jon Jones in Future with or without a title on the line.

Adesanya (19-0 MMA, 8-0 UFC) has over the past past few months been exchanging words with Jon Jones (26-1 MMA, 20-1 UFC) over Social Media, in the build up to a possible fight in the future. However Adesanya has reiterated, he will need to clear out the middleweight division before going up in weight.

Adesanya’s head coach Eugene Bareman is seriously uninterested in the matchup and presently doesn’t love speaking about it.

“It was something that wasn’t there till he uttered my name and I was like, ‘Hmm – I see what this is about,’” Adesanya told MMA Junkie. “I see where destiny is placing certain characters in my movie. So yeah, that fight is really important. I don’t need it, to be honest. My coach doesn’t think I need it. My coach would rather I just avoid that fight, not because we don’t want to fight Jones, but he feels – he said it before he got arrested last time – he said I’d rather give it to a guy like Stipe (Miocic).”

Bareman has been so vocal about Jones and hasn’t been shy when speaking of his legal issues but despite its unimportance to Adesanya at the moment, He wants the fight with or without a title at stake.

“We’re not scared of anybody. Like, he’s going after Stipe. So it’s not that we don’t want the fight, it’s just that my coach feels like he’s a piece of (expletive),” Adesanya said. “And my coach is really old school. He doesn’t want to give this opportunity to fight me – the A-side – to a guy like Jones, a s**t c**t like Jones.
“It’s not really important for my legacy, but I want this fight and I’m going to get this fight – regardless of if he’s champion or not, by the way. Even if he loses that belt, I’m still coming for that ass.”