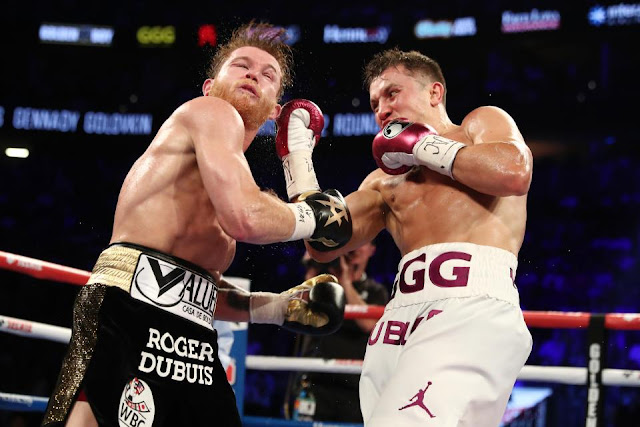 There is global appeal in the Boxing World for a third fight between Mexican Boxing Star Canelo Alvarez and IBF champion Gennady “GGG” Golovkin but this doesn’t seem ok to at least one person directly involved in the preparation.

Former Cruiserweight champion and present head trainer of GGG, Jonathan Banks has made clear, he doesn’t really like the idea of making the trilogy with the Mexican the first fight in 2020.

“No, they called me about it, and I said no,” Banks told IFL TV when the discussion turned to reviving the trilogy as the first piece of business once boxing returns at full strength. “The plan was for him to get this fight [versus Poland’s Kamil Szeremeta, Golovkin’s mandatory challenger] and get another fight, and then fight Canelo.”

Canelo Alvarez and Gennady Golovkin had little issues making the trilogy as they both are under the same broadcasting network DAZN and despite having contracts for the fight, were both scheduled to take a voluntary fight before the showdown, which is scheduled for 12th of September.

While GGG was patiently waited, Canelo Alvarez has gone on to impressive the boxing world with his adventures at middleweight, super middleweight and Light Heavyweight. He most recently knocked out Sergey Kovalev in the eleventh round in their light heavyweight meeting and was preparing for a move down to drop to 168 pound division for a fight with WBO titlist Billy Joe Saunders.

The two both fought to a controversial split draw back in 2017 and waited 52 weeks for the rematch which Canelo defeated GGG with a split draw, ending his middleweight reign at 20 title defences. However, there has been an appeal for a third fight as the first tolwi have been close, which has brought the need for a trilogy.

“When we went to Canelo and said, ‘We’re ready,’ he said, ‘No, I don’t want to fight,’ and he disappeared and went and did whatever he wanted to do and refused to fight,” notes Banks, in a simplistic viewpoint given Alvarez’s level of opposition compared to Golovkin’s since their rematch. “Now he’s saying, ‘OK, I’m ready. After this, let’s do it.’
“G’s like, ‘No, I already have something planned [his IBF-mandated bout versus Szeremeta].”