Fury Vs Wilder Trilogy Tipped To Do 1.5M Pay-Per-View Buys 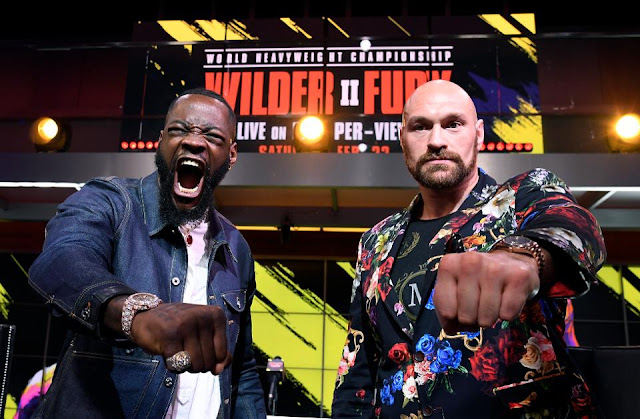 There is a big believe that the third fight between WBC heavyweight champion Tyson Fury and Deontay Wilder will be a massive success in terms of Pay-per-view buys and could even break records and due to the partnership with ESPN and FOX, the buys could reach 2 million buys.

Wilder Vs Fury Rematch back in February got a total of 800000 pay-per-view buys but according to former senior vice president of sports operations and pay-per-view Mark Taffet believes that the third fight could rack up more than 1.5million buys when they eventually meet in the ring in October.

Taffet, who is credited with building the first major Pay-per-view model back in 1991 based his forecast on the build up to their previous fights and the number of replays their fights is getting at the moment.

“They can potentially double the numbers the next time they fight,” Taffet, who’s currently the manager of Claressa Shields, told BoxingScene.com in an interview. “I think the expectations by many people was that the fight would perform better, yet, it was another great reminder about the importance of the sport being available broadly … Giving PPV projections works against negotiations. When you raise the stakes and set the bar too high with the media, you set yourself up for failure for not meeting expectations, even though you do extremely well.”

Taffet was in charge of over 190 HBO pay-per-view events  and generated over 3.6 billion Dollar revenue in his 25 years in charge at HBO. In his time, Taffet would easily get the coming event by easily contacting Fox and ESPN.

“I would ask them, are you watching the fight Saturday.’ If they said, ‘yes’ I knew we had 1.5 million buys. If they said ‘no’ I knew we would struggle,” said Taffet. “When I asked them about Wilder-Fury 2, they said ‘no’ even though they were two great fighters and characters. They generate a lot of interest and publicity, but they haven’t yet connected in larger environments that every person talks about them.”

Taffet also believes that the Corona virus pandemic and the expected hardship after it subsides will be a cause for low pay-per-view buys for the fight that’s presently tentative for October 3rd.

“You have to let the fighters build, and then expose them. Their last fight was a great one, and it ended up being seen by large audiences, even on a delayed basis,” said Taffet. “People think PPV is easy until they do it. 20/20 hindsight proves how difficult it is to convince people that they should stay home and spend good money that they work hard to watch a boxing match.”