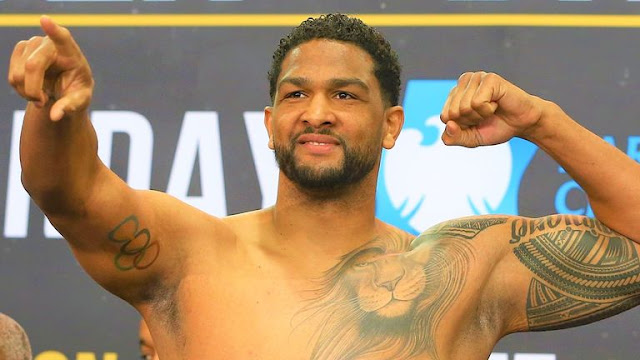 Former WBC world title challenger Dominic Breazeale will love to share the ring with with Dillian Whyte, having ones been ordered in the past to face the Brit. It still remains a mystery, why they never fought and why the WBC jumped Whyte to hand him a title shot.

Breazeale, since his failed schedule with Whyte, was handed his second career loss by former WBC champion Deontay Wilder, Who blasted him out in the first round with a big right hand to the Jaw. Before then, he only had one loss on his record, which was a seventh round knock out loss to unified Anthony titlist Anthony Joshua.

Dillian Whyte, has got back to business after his failed match up with Breazeale and won himself the WBC interim Heavyweight title, which he intends to defend against ring veteran, gold medalist and former heavyweight world champion Alexander Povetkin.

Breazeale, who has fought just twice since 2017, hasn’t been on a fight card since his first round knockout loss to Deontay Wilder. However, he believes he holds all the advantages going into a fight with Whyte.

“I think it’s a pressure style fight,” Breazeale told Sky Sports.
“He’s going to bring it for a little bit, I’m going to bring it for a bit. In the end, the fans are going to be very pleased with what they get out of a fight between myself and Dillian Whyte.
“He’s a knockout artist, he loves to throw leather with bad intentions and I like to do the same. I think I have the upper hand on him as far as strength and athletic ability, of course with size. In the end, I think I come out with the knockout win for sure.”

Whyte, no doubt has a better resume than Breazeale, owning victories over former WBO world champion Joseph Parker, Derek Chisora, Oscar Rivas, to name a few but the American believes, he has a skill set to match what Whyte brings to the table.

My ability to have been in the ring with some of the best in the heavyweight division so far, will be way too much for him,” Breazeale said.
“I think he has problems making adjustments as far as fighting guys who can box as well as fighting guys who can throw leather. I studied him for a little while. We were in some heavy contract negotiations. I think at this point, he’s a top-class heavyweight fighter from the UK, I’m a top-class heavyweight fighter from America – it makes for a great fight.” 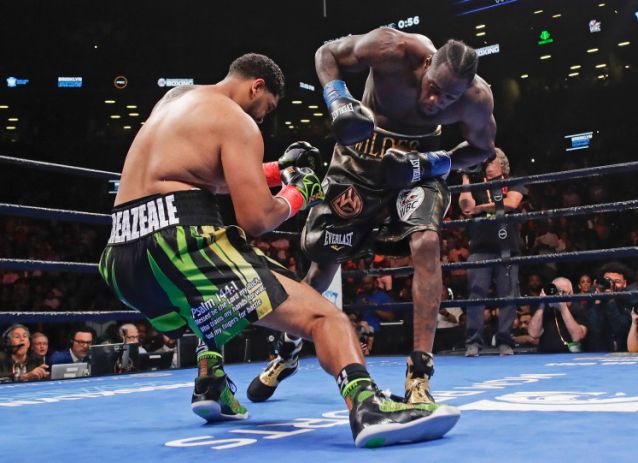