Dmitry Bivol Views Artur Beterbiev As Dangerous But Worth Risking 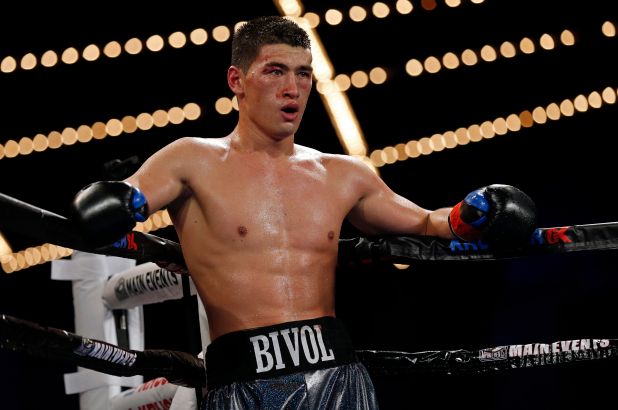 WBA Light Heavyweight Champion Dmitry Bivol (17-0, 11 KOs) has expressed his interest in facing Boxing star Canelo Alvarez and will like to face him in the 175 pound division but with Canelo, vacating the WBO belt and moving down to super middleweight, he will have to tail him up to make the fight happen.
Canelo Alvarez on the other hand has other plans which will definitely leave Russia’s Bivol Battling the most potent knockout artist in n boxing today and the IBF/WBC light heavyweight champion Artur Beterbiev (15-0, 15 KOs). A unification fight between the two Champions will be the only attractive fight at light heavyweight at the moment.
Bivol expressed his interest in the match up with Beterbiev while on a live interview with Boxing promoter Eddie Hearn on Friday.

“It’s a great fight,” Bivol said. “And it’s a really tough fight for me and for him, I think, because we a little bit know each other. And Artur Beterbiev is the most dangerous fighter in the world, and one of the most because he has power. He’s really powerful. But he has two belts, and it’s worth [the risk].”

Montreal’s Beterbiev already has his plates full at the moment. He was scheduled to face IBF mandatory challenger Unbeaten Chinese light heavyweight Meng Fanlong (16-0, 10 KOs) on Saturday, March 28 at Videotron Centre in Quebec City, Canada. However, this was postponed indefinitely due to the present Corona Virus pandemic, which has forced the sports world to a stand still.

In his last outing , Beterbiev battered formerly unbeaten Oleksandr Gvozdyk (17-1, 14 KOs) dropping him three Times en route to a 10th round stoppage victory in their unification fight back in October at the October 18 at Temple University’s Liacouras Center in Philadelphia.

Bivol in his last time out defeated Dominican Republic’s Lenin Castillo (20-3-1, 15 KOs), who won the all the rounds on one of the judge’s score cards and eleven rounds on each of the other two scorecards (120-107, 119-108, 119-108) after their 12 round fight in October at DePaul University’s Wintrust Arena in Chicago.