Devin Haney Rejects Being Racially Discriminative – I Am No Racist 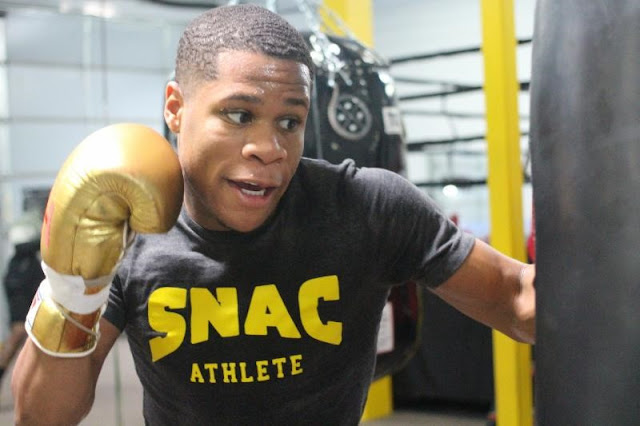 WBC Champion Devin Haney had recently been under fire for some racist comments, he made when answering questions concerning his potential fight with unified lightweight champion Vasily Lomachenko on 78SPORTSTV.

“I’ll tell you this. I will never lose to a white boy in my life. I don’t care what nobody got to say. Fight a white boy 10 times, I’m going to beat him 10 times,” Haney said.

The comments quickly went viral on social media and perceived by many Fans and Professionals as racist and with that, an all round backlash followed.

Haney wasn’t the first to make such statements. Back in 2008, Bernard Hopkins made such statements in the build up to his fight with Joe Calzaghe but lost via unanimous decision, when they eventually meet in the ring.
One of the professionals to give his opinion on Haney’s comments is his long time rival Ryan Garcia. He defended the Haney and claimed the comments weren’t built behind a racist perspective.

“We should all respect everyone from every race and see who the best man is! I respect Devin Haney and I believe he didn’t mean this with racist intent but let’s all respect each other for the love of the sport,” Garcia stated.

There was great tension build up from those comments and Haney was forced to quickly react, rejecting the accusations of him being racist.

“I’m not racist and I never will be a racist. I’m chasing greatness,” Haney said.
“I just had a very positive conversation with Mauricio Sulaiman, president of the WBC, and confirmed to him directly my commitment to be a role model and my absolute rejection of discrimination of any kind,”