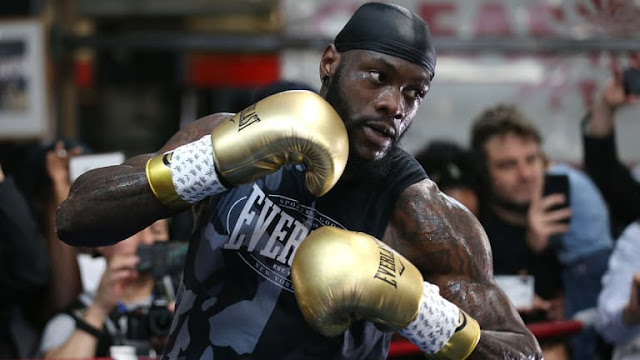 Former WBC Heavyweight Champion Deontay Wilder will be making two additions to his training camp ahead of his training camp, which is in preparation for his trilogy fight against Tyson Fury.

Wilder, who revealed his intentions in his latest interview with “PBC Podcast” wasn’t specific about those he intended to add. The 33 year old also revealed a conversation he had with former Heavyweight world champion George Foreman after his seventh round stoppage loss to Tyson Fury.

“I am looking to bring someone in, for sure,” Wilder told co-hosts Kenneth Bouhairie and Mike Rosenthal. “We don’t have it down yet, but I’m definitely gonna bring – I’ve got two people I’m bringing in. You know, one of them, he always come to camp on some basis or whatever. He always around. He in and out anyway. But we’ll see what happens. I think we’ve got a great team that’s gonna be formed. Once everything goes back to normal, hopefully it’ll be sooner than later, and I can get my team in order and we can move forward with our game plan for the third fight.”

Tyson Fury will defend the WBC title he won from Wilder in their Trilogy ,scheduled for October 3rd at a yet to be announced venue.they were initially scheduled to take place on the 18th of June but the fight got shifted to the last quarter of the year after the Corona Virus Pandemic hit the world, shorting down sporting activities around the globe.

Deontay Wilder will also be retaining other members in his team along side the new addition. Among them will include his trainer and co-manager Jay Deas and had after his loss to Fury, He will be retaining Mark Breland despite his unhappiness with Breland after throwing the towel in his rematch with Fury at the MGM Grand Arena.

Wilder also told the podcast, he has been constantly been receiving offers from former professionals and trainers, who have been offering their experience in order to improve him as he prepares to meet the Brit ones again.

“We’ve been having a lot of people reach out and different things and whatnot, you know,” Wilder said. “But you just have to be careful with that, because a lot of people see this time and they just want publicity. They wanna be able to say they was the name that, you know, they was the name that came in and stuff like that. And just look at it a different way. That’s how I’m looking at it, and that’s how I know boxing. Boxing is very crooked. It’s a dirty business.

“You know, you’ve gotta make sure you be careful. It’s a corrupt sport as well – very. … You’ve gotta be careful about the people that you bring around, what the intent of that person is trying to come in to help, especially when they never reached out before and wanna seize an opportunity. You know, I done seen so much, I done been around so much, I done had people tell me things, tell me not to go and do this and say this, and then they turn around and do the same sh*t they told me not to do. You know what I’m saying? It’s a lot of stuff go on in boxing. Who can you trust?” 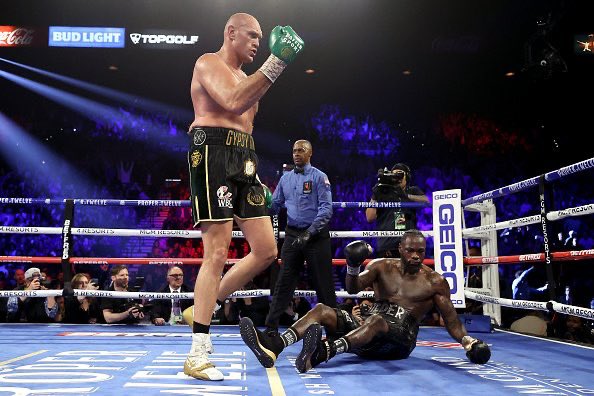